If you have a Raspberry Pi 4, you can now train a custom AI model on your SBC using Edge Impulse’s cloud-based development platform. The platform is specially made for machine learning on ‘edge’ devices.

Raspberry Pi is a very powerful tiny SBC (Single Board Computer). Until now, if you have wanted to develop your own embedded machine-learning applications, it was really difficult to do on the Pi. Now, all of that has changed.

Just yesterday, the cloud-based development platform, Edge Impulse, announced that its diving into embedded Linux with complete support for the Raspberry Pi 4. Now, users can upload data and train their own custom machine-learning algorithms in the cloud. Then, they can deploy them back to their Raspberry Pi.

Now, there are four new machine-learning SDKs (Software Development Kits that you can get for Raspberry Pi. These include C++, Go, Node.js and Python. This variety allows users to program their own machine learning-based applications. Support for object detection is baked right in, so all you need is a camera module for your Raspberry Pi and you are good to go.

This lets developers build custom computer vision applications using either the Raspberry Pi camera or by plugging a USB webcam.

New machine-learning capabilities are demonstrated in the video put out by the company. It shows engineers building a system that is capable of recognizing multiple objects through a camera.

In addition to being able to collect data from a camera microphone, the new SDKs lets users gather data from any sensor that is connected to Raspberry Pi. This includes, but is not limited to, accelerometers, magnetometers, motion sensors, humidity and temperature sensors.

This Edge Impulse announcement offers two important components. One is the cradle-to-grave framework for collecting data and training models. The other is the ability to deploy these custom models at the edge, together with a layer of abstraction.

Increasingly we’re seeing deep learning eating software as part of a general trend towards increasing abstraction, sometimes termed lithification, in software. Which sounds intimidating, but means that we can all do more, with less effort. Which isn’t a bad thing at all. 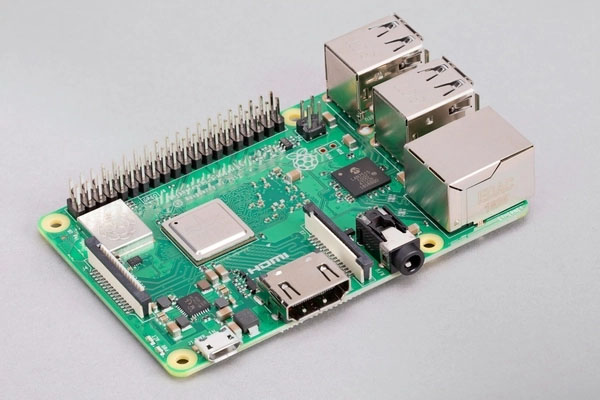