A week prior to Lucid Motor’s official reveal event, the company keen to let the public in on just how quick its high-end EV sedan is. Lucid Motors shared a video today that shows a Lucid Air running a quarter-mile in a hair under 10 seconds. Lucid Motors claims that their Lucid Air sedan is ‘the world’s quickest production sedan.’

Autoblog reported that Lucid Motor’s new EV has a 1080 HP motor system that is able to catapult the sedan to 60 miles per hour in just 2.5 seconds. Today Lucid explained that the Air sedan features a pair of motors. Each electric powerplant is capable of producing 650 HP while being compact enough to fit inside a suitcase. Yeah, we noticed that 220 HP is missing, too. Lucic is expected to explain where that horsepower is going at its event next week.

The Lucid Air has quite an impressive range, at up to 517 miles a charge. Also, LIDAR Drive Assistance will be included, standard. Talk of this EV is nothing new. Word of it goes all the way back to 2016. So, it’s nice to hear that Lucid has made enough progress to be able to start taking pre-orders in the European market starting early next year. 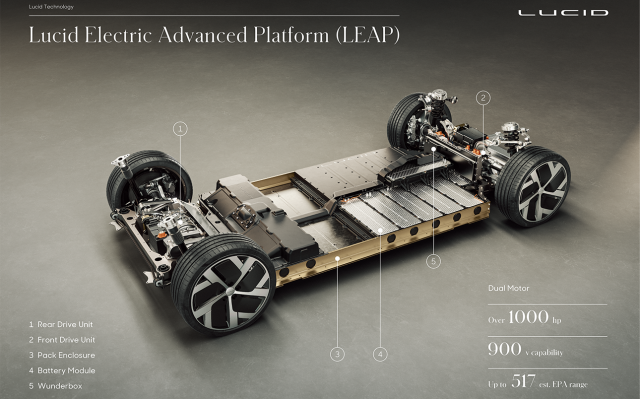