Chinese smartphone manufacturer OnePlus is currently working on its next-generation flagship smartphone of this year. Reports state that the upcoming handset will be carrying the name, OnePlus 6. Earlier this year, OnePlus CEO Pete Lau went on to reveal that the device would witness a second-quarter launch. If one goes by the smartphone launch history, it is safe to say that the next-generation handset will see a June or July launch. According to a new report by Gizbot, the upcoming OnePlus 6 smartphone will be unveiling in three different variants.

The news comes across as a surprise mainly because the Chinese technology company has ideally been launching only two options of its premium-level affordable smartphone. The report further states that the announcement will likely take place next month. The Chinese company has already begun teasing the flagship killer. They even spoke about some of the features that will come packed in the next-generation OnePlus six smartphone. Some of the key features that will happen in the OnePlus six device includes the Qualcomm Snapdragon 845 system-on-chip. Earlier last month, the company put out a teaser that suggests that the OnePlus six device will support gesture control technology – much like the kind that came on the iPhone X smartphone. They also spoke about how the smartphone will extend support for a new type of functionality with a unique alert slider.

Now, a fresh set of renders of the upcoming smartphone have ended up surfacing online. Thanks to these alleged renders, we now have a vague idea of what the device might look like as such. The renders were initially posted on the Chinese microblogging website Weibo. In the images, the invention can be seen sporting three different colours i.e., Black, White, and Blue. On the front side, the OnePlus six smartphone sports a display that packs a first notch. Apart from this, there’s a selfie camera, sensor, and earpiece on top.

Notably, OnePlus’ co-founder Carl Pei had already confirmed that its smartphone would be coming with a front display notch. He even went ahead to give an elaborate explanation about why they are bringing the first notch on the smartphone. A couple of days back, they also went on to reveal that the groove on the smartphone can be hidden if the users want it to as such. The renders further show-off rounded corners of the display. There is a relatively thicker bottom bezel present on the smartphone. “There appears to be no branding at the front similar to the previous generation models from OnePlus. The rear design of the OnePlus 6 appears to be more interesting with glass and curved sides,” notes the report by Gizbot.

The smartphone further goes on to sport a dual rear camera setup, which goes on to stack up vertically on the model. Right in the middle, there’s a LED technology along with the fingerprint scanning option. The latest design sits directly under the camera arrangement. The official OnePlus logo appears red and will be launching in three colour variants. Furthermore, there is an alert slider which also looks in red. The smartphone has received a new functionality, which will reportedly enable adjusting the camera focus. Recent reports have gone on to reveal that the Qualcomm Snapdragon 845 system-on-chip will be present. Along with this, the model will offer 8GB of RAM along with 256GB of inbuilt memory. Also, the smartphone is believed to be launched in three variants with 6GB/8GB RAM and 64GB/128GB/256GB storage capacity. The news will receive confirmation only when the company takes the wraps off its devices. 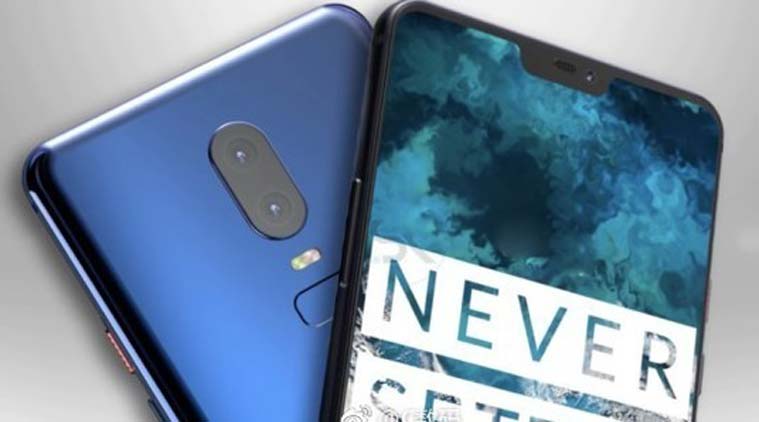