The recent launch event of Apple unveiled the series of iPhone 11 comprising iPhone 11, iPhone 11 Pro and iPhone 11 Pro Max. The company claimed better battery life of the new iPhones in comparison to the previous year’s iPhones. After a recent report posted by 9to5Mac reveals that the iPhone 11 Pro Max defeated the Huawei Mate 30 Pro and Galaxy Note 10+ in a battery life test.

Arun Maini’s battery life test video proved that the iPhone 11 Pro Max is competing for some of the most selling Android Phones of the year. This seems like Apple has actually worked on the quality of battery for its iPhones which was the only drawback of owning an iPhone. 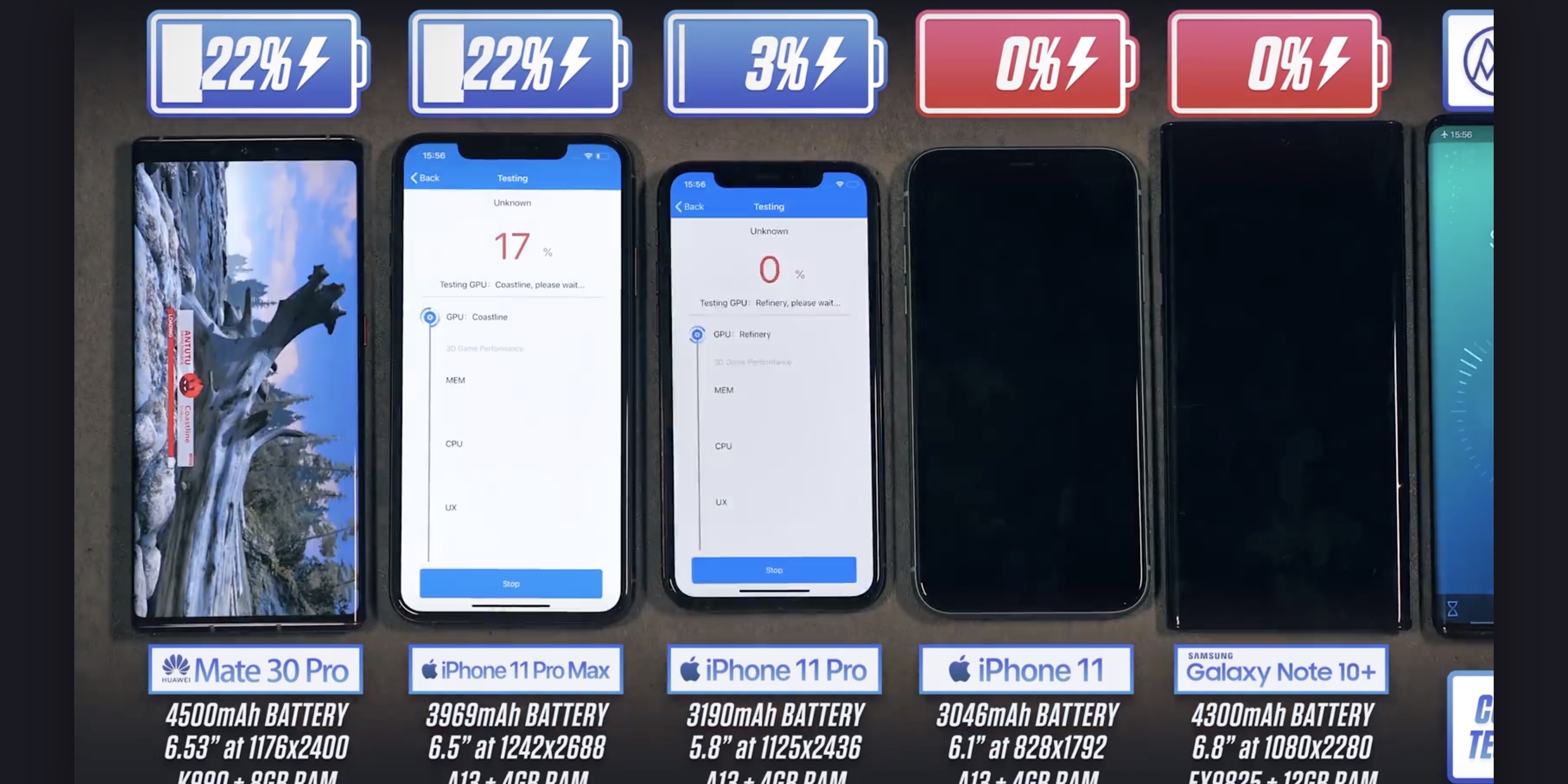 The iPhone 11’s battery capacity is marked as 3046mAh while the iPhone 11 Pro Max has a whopping 3969 mAh of battery. The test video shows the battery life of all three iPhone models compared with the Note 10+ and the Huawei Mate 30 Pro which actually features an incredible 4500 mAh battery.

The battery was performed while working on some major tasks like Instagram, Camera, 3D Games, Music Streaming and Shazam. The entire video came out in favor of the iPhone 11 which is priced at a cost of $699 by the company and is actually featuring the best battery life in an iPhone ever. While on papers the battery of iPhone 11 and iPhone 11 Pro seems to be identical.

Also, the Huawei Mate 30 Pro which the company claims to be one of the most powerful hardware for an Android user ran for 8 hours and 13 minutes but that too was less than the battery life of iPhone 11 Pro Max which took a running time of 8 hours and 32 minutes.

In terms of figures, there’s a little gap in the battery running time of these smartphones but actually Apple has proved his hard work on the battery life of iPhones this year with the new iPhone 11 series.