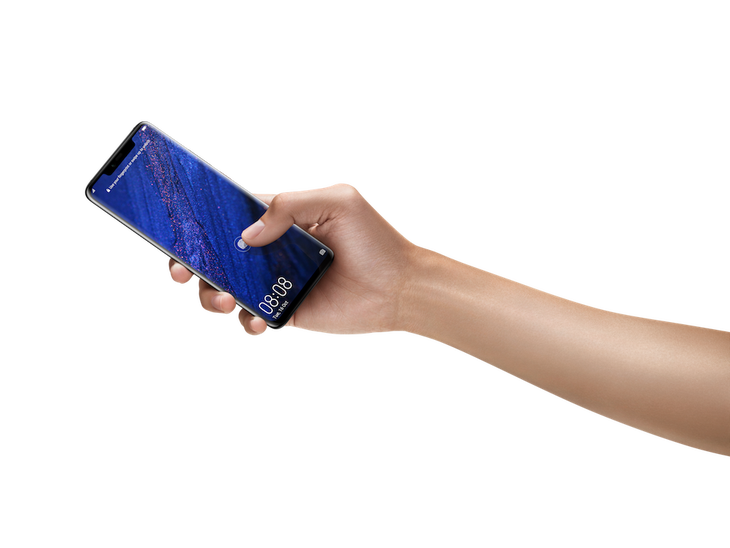 Huawei is one of the most famous smartphone brands in the world for its own uniqueness to the products. We see that the brands are keep on working on their technological products to ensure the privacy of their users. Huawei is also pretty much concerned about the privacy issues so it introduced new biometric features in its newly introduced products which are also the security tools for the future as well.

Huawei introduced the 3D Face Unlock as well as the on screen fingerprint sensor in its model Mate 20 Pro to secure Huawei’s phones and it is the most secure device in the market. Now a days user has to be careful about its phone as in case one misplace one’s phone then it is not less than nightmare which will create a huge security risk for the user. But still it is hugely a consoling factor because of its high security features which help a lot to ensure the security of smartphone. No doubt, face unlock security unlock provision provides a huge security boost to the phone. Huawei’s vault as well as tools for data backup make the recovery of your lost data easier to retrieve in case you meet some mishap.  These introduced security measures are the future tools of Huawei to meet the desires to make the privacy of its users even more secure.

Newly introduced 3D Unlock security provision in Mate 20 Pro works in a way that the device will only enable if device is provided with the accurate face of the user and the previously provided complete depth of the information. Its recognition speed is 0.6 second where with a false match rate is below one in a million which is quite amazing to add more believe to the security of the product. Mate 20 Pro is provided with the 3D Depth Sensing Camera System technology which measures the facial features completely as well as recognize even the smallest details.

There is also another security provision in Mate 20 Pro where you can lock any of the apps by App Lock which will restrict the privacy of your sensitive information apps like WhatsApp, Texts etc. It is absolute satisfaction for any of the user irrespective of whoever is using its smartphone.

Huawei is one of the very first smartphones where fingerprint security system introduced. Now they have taken the technology to another level by introducing the on screen finger print sensors in its smartphones. Speed of in-screen fingerprint is highly improved now. Moreover, this is the next generation of the in-screen fingerprint which is added in Mate 20 Pro. It shows the understanding whenever finger is moved over the smartphone. It shows that the finger is pretty close to the phone as well as it lights up the phone where you are in need to press it. Prompt showing before the authentication process will suddenly go away when it is completed.

Huawei is bringing this technology in the market for the very first time through its HUAWEI Mate RS. Moreover, it is also about the demand too. Now maximum of the smartphone users are pretty much familiar with the fingerprint technology. It is from Huawei who introduced it to make it better with the speed as well as to achieve more of the success rates through a new provision in its smartphones to provide with more security for the privacy values.

It happens to almost every person that sometimes we forget the password of some app or mobile phones which is an absolute accident when we engage in use of the smartphones which sometimes create a lot of stress as we get more concerned about the product invaluability or we start thinking that we may have to go for paying more money to unlock it as well as the threat in our heads that we have no idea what is going to happen with the whole situation around. But Huawei did a great provision in this case to avoid its users from frustration by providing easy way to ensure the safety of data. Huawei has provided Password Vault which stores the password you provided as well as the log in information you provided in the device. It is the safest part of it and the information provided in the phone will not be shared with any other non-secured part of the phone. Data safety is the most important thing for most of the users but Huawei has also ended this debate by providing the backup data process. There is also provision of the Nano Memory Card expansion slot in the smartphone which supports up to 256 GB. This is about maximum to the provisions done by Huawei to maximize the security of its users and this is the most advanced security provision which will ensure the future security as well.