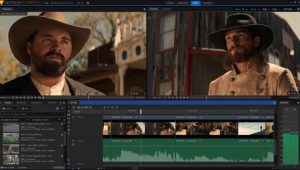 Film making is an artistic work which emerged on the world stage with the cameras capable of shooting the moving objects. Film or video editing is the backbone of this industry. Technological advancement has transformed this field on a huge scale, but still, there is no shortage of the demand of the editing tools still today. Historically the editing was done manually by clipping and cutting of the films by hand. Then new advance technologies helped out to make it a little easier to do. The dynamic shift of conventional film making to digital video making has also changed the way films or videos are produced nowadays. The role of editing tools has also gone through drastic changes over the period of time.

The age of advanced computing has opened new horizons for every field of life and of digital video making and editing as well. There are plenty of tools and soft wares now available, which can support and help the video editing with the ease and also give a touch of professionalism. HitFilm Express 12is also one of the pioneer and leading software for the video editing developed by FXhome. It is a free video editing and VFX software that can cover all type of users from beginner to professional.

It is the demand of the industry to switch to a single application solution in the post-production editing of the videos and audios. HitFilm Express 12covers all the needs of the individual and industrial users of an editing tool kit which is all in one editor, composer and VFX suite for motion graphics projects. Depending upon the system used for editing HitFilm Express 12 can handle the resolution up to 8k.

HitFilm Express 12 features all-new design and computing architecture for the faster working capacity which is powered by GPU encoding on NVIDIA and Intel hardware. The latest release has a new interface all together with a huge breakthrough in its performance, and 3D animation. There are plenty of new tools which are very easy to be understood by the beginner user and playable to the touch of professional. The new features are surely be well appreciated by the professionals worldwide using it in the video editing industry. One of the salient features of this version is its speed to match the workflow up to 10 times faster than before.

The new UI works separately from the rendering process by which results in a significantly smoother, snappier and highly responsive interface. The video trimmer prefetcher has improved the playback and very helpful for the perfect trimming of the required shots. The new UI design gives a simple look and working is relevantly easy to find good results. The old fashioned tabs have been replaced by the universal menu with the integration of the mac and window interface and behavior. The design is very simple and gives the feeling of every tool in one single place. There are a number of new tools introduced as well like 3D animation tools and motion tracking tools. New tools also have been introduces to do the editing work not only on the video but also on the audio as well. It really makes it all in one NLE software.

There are more than 30 new effect tools introduced in HitFilm Express 12. These effects are very easy to use, and the results are stunning imagery effects, which also save a lot of time. Some of them are very interesting to work with like the tab with the name film looks. This collection of effects is unique as it can transform the video in the form of antique project, black and white, deepest blue, falling sky, green zombie, and much much more.

The all-new advanced color tools are just amazing and impressive to work with. It covers from all the basic to advance pre-sets for the brightness, sharpness and soft skin tones. The transitional effects lack in some points as it offers only the basic tools like fade, crossfade, motion and zoom tools. The VFX tools are the most powerful and impressive one in HitFilm Express 12 unlike any other feature of this software.

Technical specs are as following:

With the help of HitFilm Express 12, it is now relatively very easy to make and edit videos of any occasion and send it to streaming platforms or simply share with other users. There are a huge collection of templates in set and online which can be used as per need or to get the idea for the projects. The editor can also save the work as a template for the specific usage of the shots and can also be shared with other users by sending your collection to the available online templates. It is very helpful for the beginners as it gives a chance to learn from the mistakes and to explore the new features.

Text tools and color labels can now easily be created in the text tools natively and presented into the movies wherever needed. Plenty of text tool effects are loaded with the interface. With the combination animation tools, the text tools can greatly enhance the quality of the titles used in the video. Editing the text from the editor timeline without opening the composite shot that contains the text is a big bonus because most users do not like having to switch between modes to edit text.

HitFilm Express 12 has definitely improved in every aspect for the perfection of the all in one solution for the video editing, very enjoyable, easy to use interface and faster working speed has a promising, optimized new way for the satisfaction of beginner and professional editors.

Read Next: The Dashboard feature is being eliminated in macOS Catalina 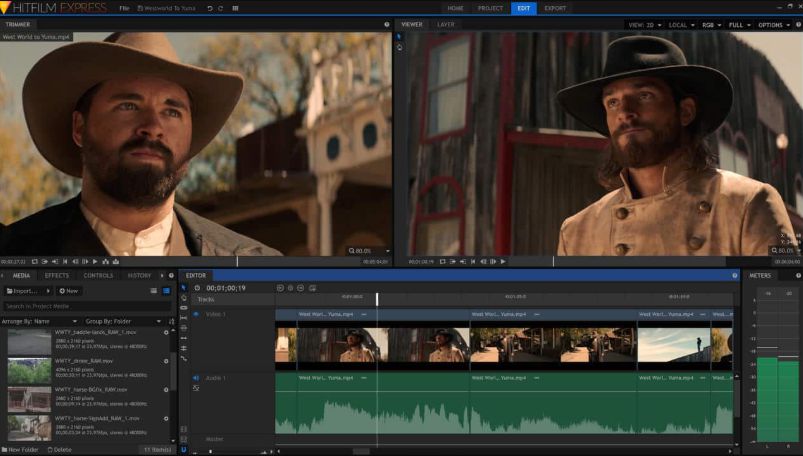