Nokia ha sits new mid-range smartphone for the market and people which have many features and great specifications. Earlier also Nokia has many featured phone at a very low price. Therefore now Nokia is launching its new smartphone, Nokia 3.1 which is expected to beat the market and would give a great competition to other smartphones as well. Some might be questioning about the micro USB charging port, whereas it doesn’t matter when someone gets a great phone at such less price. Also, this phone is having around 3GB of RAM which is completely not a bad variant. 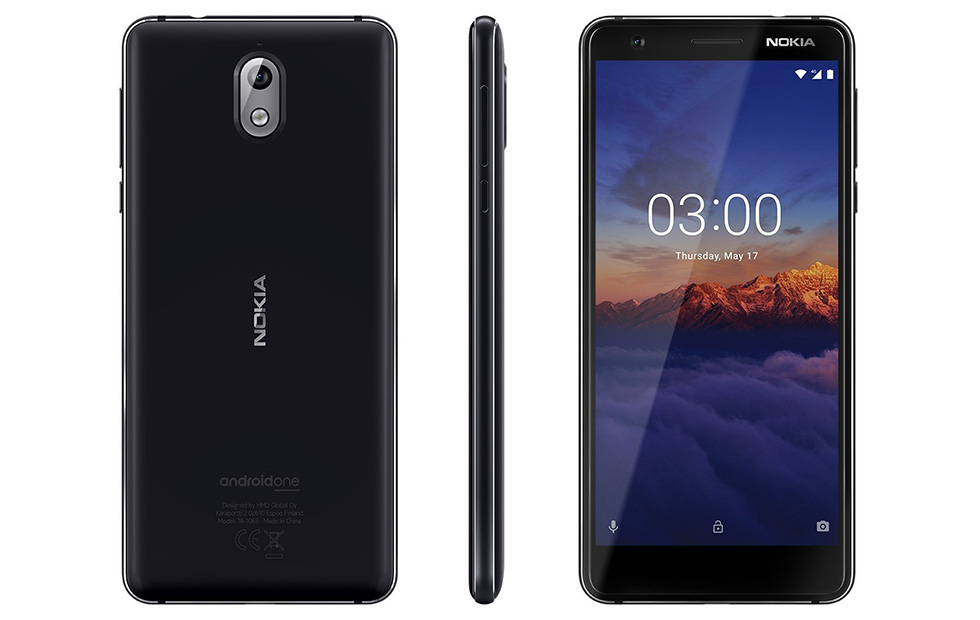 The best part of this phone which you would love to have is that this phone has the Android One programme which is best because this programme enables the new updates as soon as possible they enter and also this phone will get the updates earlier than another Android programmes such as Android OEM and most importantly not the updates but also the security patches quicker than others.

It also has a wonderful camera, on the back it has dual cameras, one of 13 megapixels and other of 5 megapixels with a fingerprint sensor which is placed just below the cameras, this would be the best quality in very less price. The listing of the features have been started, also its back cover is made from an aluminium and also had a “tactile matt finish,” and just imagine what look will it give if it will have a frame which is a die-cast metal with a good diamond-cut detailing which will give an awesome look to the smartphone.

Nokia 3.1 is been offered in great colours by the company such as Blue, White, and Baltic (grey). Along with this, the phone is also for selfie lovers who continuously wish to click pictures, because it has an 8 megapixels wide-angle lens. The phone will be soon launching in India this month whereas the price of this phone will be around  $185 for 2 GB variant and $210 for 3 GB variant.

Also had a good HD+ display, which has a ratio of almost 18:9. Nokia has transformed its display by giving 2.5D glass which obviously more than good, but we are still not sure that what about gorilla glass. Also, the new Nokia 3.1 is powered by MediaTek Helio P22 chip, along with this the phone has a great battery of 3,500 mAh which is not bad and can be run for 2 days(as said by Nokia itself).