Google, as we all know it the world leader in the universe of the internet. It is trying to come up with new technologies and high-end devices designed for entertainment. Goole has recently announced a new entertaining device Google Nest Hub Max which will open a new kind of smart devices in the future. 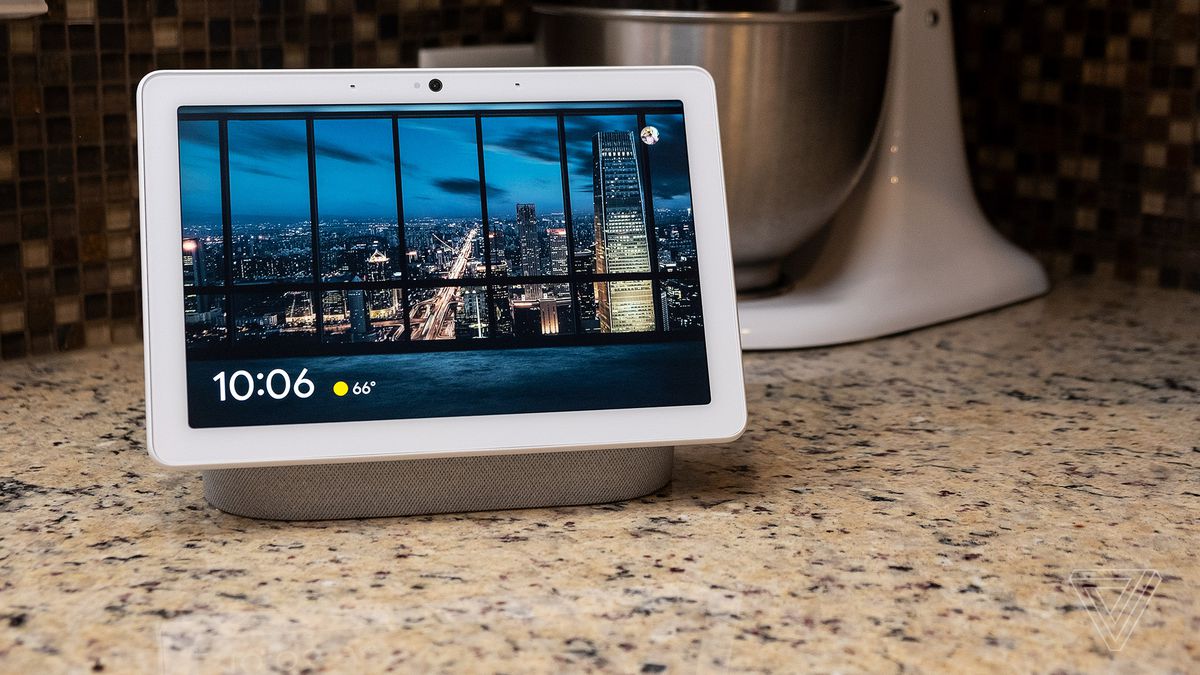 After the introduction of the smartphones, and smart speakers, this new device is the all-new concept of combining both in one unit. This will be the groundbreaking of a new genre of devices with a promise to entertain and engage the whole family.

The Bigger But Better

Last two decades were the era of smart devices. After the birth of smartphones, big companies like Google came up with the idea of producing consumer products which can make the life of the people easier and entertaining. Google introduced some smartphones and some smart speaker systems which can be operated with the voice and gestures. During this period of time, tablets were also introduced in the IT market. Tables were actually having bigger screens all together with more computing power and were a step further than the smartphones. To minimize the gap between the smart controlling devices and the bigger tablet devices, google came up with the idea of making a unique device which can be used not only as a tablet for the entrainment but also could be producing good quality sound as well. This lead to the birth of Google Nest Hub, Max.

Google Nest Hub Max as the name suggests this device is just ahead of time device which has a brilliant combination of a security camera, smart speaker and the controllable entertainer by gestures and voice command. It is a device designed after keeping in mind all the needs of a modern family. It is really a true home hub as it can deal with all age groups. No needs to keep all the different devices all the time just have one Google Nest Hub Max to make the life easier, safe and entertained nonstop.

The design for the device itself is a masterpiece. The salient features of the design are as follows.

The smart hub has been brilliantly designed with a purpose. The 10-inch touch display is a standard size for the best view of the contents. The HD resolution is the key feature of it. It has built-in eye protection feature in it and also the brightness is controllable both in auto and manual mode. The screen has a good backlight and displays gorgeous playback. The device is not as heavy as it seems to be and weigh just 1.32kg mainly because of the speakers attached to its base. Then there is a big screen on the top with built-in Ultra HD camera

The all-new multipurpose built-in ultra HD nest camera can not only produce stunning detailed pictures but also can have motion detection and can be used as a security camera. The camera is fully controllable by voice command and gestures. It can detect the intensity of light available in front and helps to optimize the screen brightness and other features.

The Smart Speakers and the MIC

The smart speakers come with two woofers. Max can produce a lot of sound as compared to its size. The smart speakers with a very good quality sound are the base of the device. The sound quality is very impressive as there are some equalizer features also in the functions of the speakers. Users can switch to the different sound qualities by changing the base and pitch of the sound. The built-in integrated microphone can detect sounds on all different pitch quality and can help the device to process the commands. It also helps to integrate during the camera to be used as security.

The Device can be placed at any tabletop position and in any room of the home. It is relevantly easy to carry. As the device is designed to be controlled by the voice and hand gesture commands so there is very less need of keeping it in hands all the time. The high-quality speakers can produce sounds with enormous detail, and even at the half volume, it can be heard in the whole room.

Google Nest Hub Max is truly an all in one designed smart device. Life of common man is getting simple with the new technologies, added up features which can help to operate and control the home appliances to work efficiently and save a lot of time and energy. Google Nest Hub Max can communicate with other devices around and can control them according to the commands by the user.

Here are some main points which distinguish this device with others.

Read Next: 40- Years of Sony: Company launched a Walkman with Iconic look and catchy features