It’s been 40-years now since Sony is serving us with plenty of useful gadgets and appliances. The company has now launched a limited edition Walkman on its 49th anniversary. The company is available for a limited period only and is one of the iconic devices. The walkman is named as NW-A100TPS Walkman with an anniversary logo and retro design printed on the front. 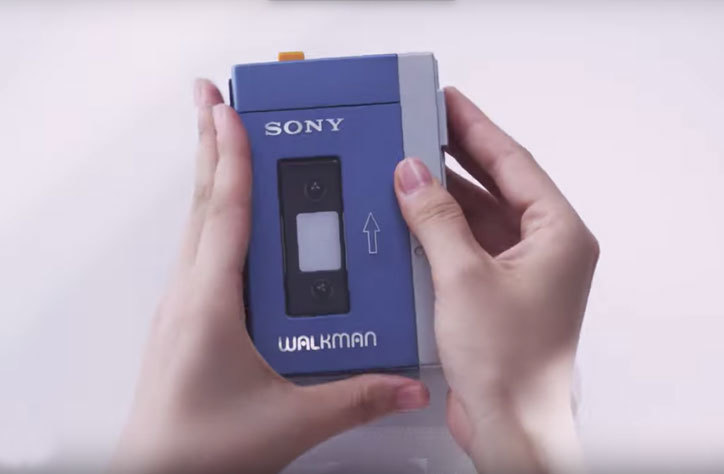 Image Credit: Its Nice That

One may find this new that this walkman will not play the cassette tapes rather it comes with an in-built storage of 16GB which can be used to store songs. User can either directly download their favorite sings or stream them using WiFi. The device supports Android allowing users to access millions of songs using music apps. The NW-A100TPS walkman serves premium wireless codec, high-resolution audio music streaming along with a DSEE HX processor that allows audio upscaling.

The Walkman also supports NFC and Bluetooth along with a USB-C port, noise-canceling feature with a power backup of up to 25 hours.

According to a Sony representative, “Not everything was better back then, enjoy the best of both worlds with the heritage design of the Walkman whilst having cutting edge technology at your fingertips.”

This is quite common that consumers might get feel attracted to the Walkman’s old-school design. The device somewhere mimics the original design of the TPS-L2 Walkman. The company is also giving two sheets of 40th-anniversary stickers.

The Walkman comes with a 3.6-inch touchscreen with an interface which can be used to play, pause or skip music. And when the UI is not in use the screen resembles a moving cassette tape.

The original TPS-L2 Walkman was actually released on July 1, 1979. But here Sony wanted to launch an inexpensive portable cassette player with ease of carrying the device alongside.