GMC released a new advertisement that shows a basketball player hinting at the company’s upcoming EV. The video shows both the SUV truck and SUV versions of the Hummer. These new vehicles have a ton of power at their disposal. Horsepower and torque figures are 1,000 and 11,500, respectively. You can expect sub-3-second 0 – 60 times in these new GMC EVs.

There was an outline that was shown toward the end of the video that appears to be a rugged-styled SUV along with a four-door pickup truck that has a short bed. These representations of the new vehicles are basically just partial silhouettes, so we don’t really know how big these vehicles are just yet.

According to GMC’s video, you can expect to be able to reserve your new EV Hummer this fall. Production will start around a year after that. Another part of the tease video showed what looks to be a pre-production truck that has its hood up, revealing a front trunk, or ‘frunk’, as Tesla calls it. 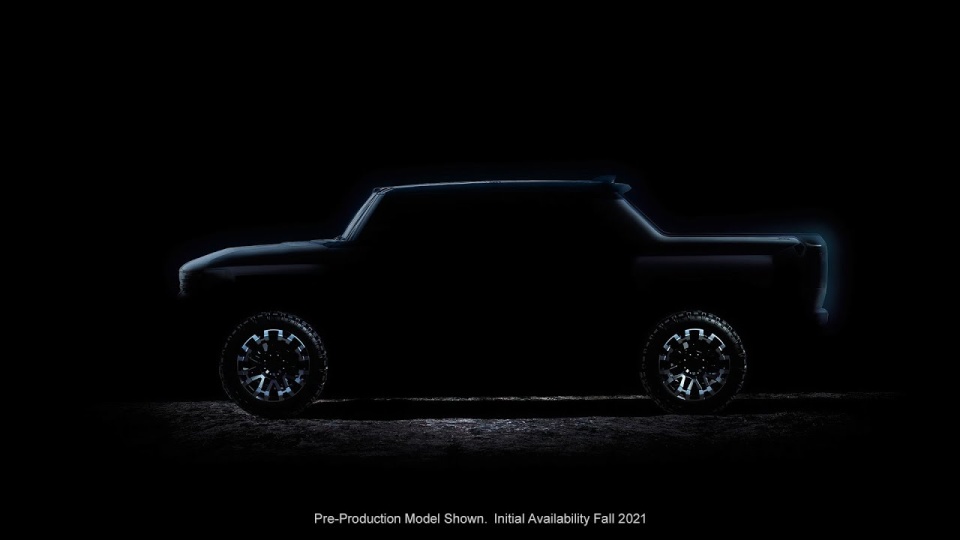