Researchers at Northwestern University have created an efficient, sustainable way to convert ammonia into hydrogen. This process was recently outlined in Joule, a scientific Journal. This new method is a significant step leap over its predecessor.

Using ammonia as a carrier for hydrogen delivery makes sense because ammonia is a lot easier to liquify than hydrogen. And that means that its also easier to store and transport. Northwestern’s breakthrough solves multiple existing problems for the production of clean hydrogen from ammonia.

The bane for hydrogen fuel cells has been the lack of delivery infrastructure It’s difficult and expensive to transport hydrogen, but an extensive ammonia delivery system already exists. There are pipelines for it. We deliver lots of ammonia all over the world for fertilizer. If you give us ammonia, the electrochemical systems we developed can convert that ammonia to fuel-cell-ready, clean hydrogen on-site at any scale.

Sossina Haile is a professor of engineering  and materials science at McCormick School of Engineering. She is also the co-director of the University-wide Institute for Sustainability and Energy at Northwestern.

According to Haile and his team, the low-temperature nature (about 500 degrees) of this method is what makes it possible to create hydrogen using 100% renewable electricity sources. This is in stark contrast to fossil-fueled thermal energy which runs at about 1000 degrees. Also, this new hydrogen production technique produces pure hydrogen.

So, the final product does not need to be separated, which is an expensive and time-consuming process. Another advantage is this process’s level of efficiency. Unlike the methods before it, this new method uses nearly all of the energy that is put into it to create hydrogen. Conventional methods of hydrogen production are plagued by parasitic reactions that must take place before you have any usable hydrogen.

To make the conversion happen, the team built a one-of-a-kind electrochemical cell that has a proton-conducting membrane and built that into an ammonia-splitting catalyst.

The ammonia first encounters the catalyst that splits it into nitrogen and hydrogen. That hydrogen gets immediately converted into protons, which are then electrically driven across the proton-conducting membrane in our electrochemical cell. By continually pulling off the hydrogen, we drive the reaction to go further than it would otherwise. This is known as Le Chatelier’s principle. By removing one of the products of the ammonia-splitting reaction — namely the hydrogen — we push the reaction forward, beyond what the ammonia-splitting catalyst can do alone.

The hydrogen that is generated from splitting the ammonia can be used directly in a fuel cell. Fuel cells produce an electric charge by releasing energy that is stored within chemical reactions. Hydrogen is clean. When hydrogen is consumed in a fuel cell, water is its only by product.

You can literally drink the stuff that comes out of a hydrogen vehicle’s tailpipe. In contrast, if you drink or breath anything coming out of an internal combustion engine’s exhaust for too long, you’ll die. In addition to being poisonous, burning fossil fuels also produces compounds that cause climate-changing greenhouse gases in our atmosphere to increase concentration .

Haile seems to think that the new technology could be particularly disruptive in the transportation sector. According to the Environmental Protection Agency, the transportation of people and products over road, rail, air, and sea accounts for nearly a third of all greenhouse gas emissions in the United States

Battery-powered vehicles are great, but there’s certainly a question of range and material supply. Converting ammonia to hydrogen on-site and in a distributed way would allow you to drive into a fueling station and get pressurized hydrogen for your car. There’s also a growing interest for hydrogen fuel cells for the aviation industry because batteries are so heavy.

Over the past few years, Haile and her research team have already made some major advances in the arena of fuel cells. Their next step is to explore new, environmentally friendly avenues of ammonia production. 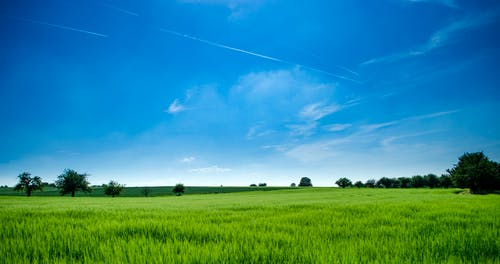