I have got all the details you needed to know when you can able to play Fallout game. The next Beta test takes place between 27 or 28 October, again only on XBoxOne. Bethesda has also confirmed the opening dates and times that will be open to PS4 and PC players. 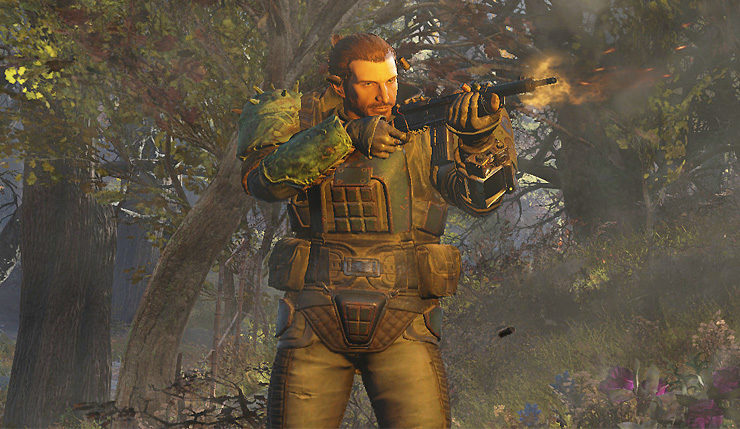 Fallout 76’s appearance test was available only on Xbox One for a four-hour window on October 23 and another Beta test periods will continue to be available for a limited time and the minimum Sessions will typically last 4-8 hours in a given day, and then the beta will be unusable again until the next session. The process will repeat and the game’s launches on November 14.

Fallout 76 Beta Across All Platforms

Next week Onward, Bethesda has told everyone about the dates and times in which the Fallout 76 Beta version will be live next week. Be careful of these times as they can be changed depending on issues that may occur, but as for now, here’s the list when you can play it:

This game will be available for all the platform, including XBox, Pc, and PS4 once again. These sessions are for next week include the longest ones that will have been available so far until now, beta times have only lasted from two to four hours.

If you don’t want to wait until the launch of Fallout 76, you can pre-order Fallout game right now so hopefully, it ensures your place. It will help you by not waiting longer for release on PS4, XBoxOne, and PC on November 14.

The Beta version test is only available to those users who have already pre-ordered the game. If you are playing Beta test, I especially suggest you take advantage of the Pre-Load, as Bethesda says the file size s around 45GB. You’ve got a good 2 or 3 days to get it downloaded before of the start date, so you shouldn’t need to bother about missing out.

Pre-Load Fallout 76 Beta On Your PC

If you pre-ordered Fallout 76 on PC, you still can’t play it yet—the Fallout 76 beta doesn’t begin for PC until October 30. However, you can now pre-load it in advance of next week’s beta.

I have good news for the Fallout game users as I will tell you the Minimum and the Recommended System Requirements for the game. The information is given below:

The fallout Game will Launch out on 14 November.