DeepMind announced this year in January that it had designed an AI system that is called as an Alphastar that had beaten two professional players in StarCraft II in real-time. StarCraft II is all about galactic warfare; it is a popular and highly complex video game. The game does not have any definitive strategies for winning. 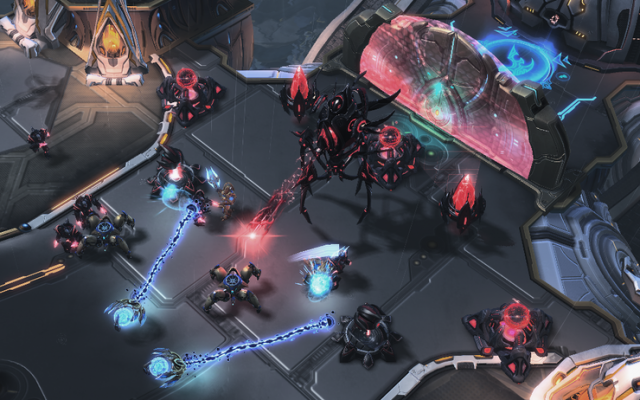 This platform has become popular because of their ability and advanced machine learning techniques. DeepMind artificial intelligence platforms can master many complex games like Go, chess, and shogi. A new study of AlphaStar has been published on Wednesday, and in the journal, it has mentioned that now it can beat 99.8% of all human professionals. AI now has been imaged as a Grandmaster.

DeepMind has released a new update with many new strategies and the ability to beat human players in StarCraft 2. In the game, the player needs to choose one of the three human or alien races that are Zerg, Terran, or Protoss. The player has to manage resources to built units, defend their bases, and attack their enemies. The human players get to select several strategies to move forward in the game with the unique properties of each race they choose.

The advanced version of the AlphaStar has several advantages over Homo sapiens as it does not have any physical body that forces how fast it can react and also limit its capabilities. The game is about destroying human opposition with real-time strategies. To master playing with all races, Alpha Star uses reinforcement learning.

Through reinforcement learning, you can get a trial and error to master playing, and this is important as the same method can be applied to other domains. The introduction of this updated videogame has almost crushed all the professional players.