Due to their small size and low-power consumption, SBCs (Single Board Computers) such as the Raspberry Pi can come in many different form-factors. Although there are many options for SBC enclosures, there is a Kickstarter project called Ready! Computer Corporation that has a case that really stands out.

The Ready! Model 100 is a case for your SBC that comes with a keyboard, speakers, a touchscreen. The case has room for plenty of I/O ports to connect almost anything.

The case has room for a SBC about 4 inches by 4 inches. Also, it has a place for a guitar strap to be used to carry it.

The Ready! Model 100 comes in 2 main variants. First is a barebones Pro model that is priced around $230. That version doesn’t come with an SBC or keyboard switches. So, it can be configured exactly as you would like. Then there is the $395 ‘Neo’ model. This one includes everything you need to start using the device right out of the box. You can get the NEO model without an SBC, though, if you have one.

I wanted something I could easily repair or upgrade, and I was inspired by vintage machines of the 1980s.

There are only a few days to go in the project, and it has raised $97,377 CAD out of its $199,999 goal. This is a good idea, so I would like to encourage anyone who is interested to contribute to their campaign.

Also: Check Out These Die Shots of the Raspberry Pi RP2040 Chip 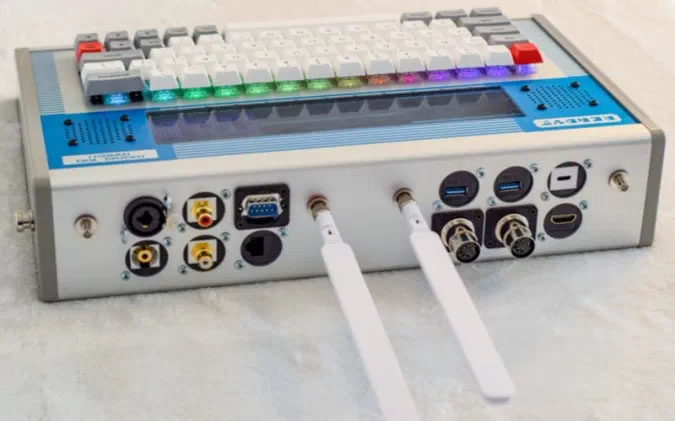