Sony has announced its new VR controllers, and they are far advanced compared to its Move wands way back when.

The ergonomics of these controllers have gotten a major upgrade and the controllers feature control systems that are on par with the latest VR gear out there.

Move was basically Sony’s PS3-era competitor to the Wii wildly popular motion control. These new PS5 VR controllers have an orb share with a grip that gives users much more freedom of movement.

Balance and comfort also get an upgrade, regardless of the size of the users hand.

It’s what’s under the hood that represents such a huge leap forward for Sony. Sony is aiming to recreate the DualSense experience, so there are adaptive triggers and what Sony calls ‘optimized’ haptic feedback.

But there is also a finger touch detection system that will let users perform gestures like pointing and waving. The headset itself has built-in tracking, so this system doesn’t rely on light or external sensors.

The PlayStation 5 headset is not coming any time soon. Sometime next year, apparently. Prototype versions of Sony’s new VR controllers are being shipped to developers ‘soon.’

This will give creators time to learn how the new input system works.

This is going to clear the path for sophisticated VR games to show up on Sony’s ever-popular gaming platform. 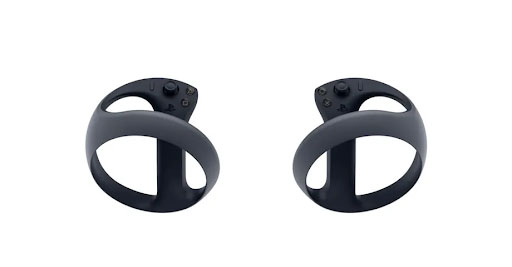