Canon is not doing what they usually do, which is to release new cameras at CES. No. Now, it’s doing something totally different. Instead, for CES 2021, Canon is doing something very, very different. The company is letting people take pictures from space. Canon has announced a website that lets users use its CE-SAT-1 satellite. CE-SAT-1 has a modified version of Canon 5D Mark III DSLR. Able to grab photos of places like the Bahamas, Dubai, and New York City.

The company had launched the DSLR-wielding microsatellite way back in June of 2017. Canon’s EOS 5D Mark III has a 40cm mirror-type telescopic lens. The Canon microsat orbits 375 miles (600 km) above the surface of Earth. It provides a ground resolution equal to about 36 inches per pixel. The Camera has a total frame width of about 3 miles by 2 miles.

So, the demo lets you take pictures from multiple locations. The altitude and location are shown in each image. The system uses pre-captured imagery. That’s a bummer. So, users aren’t actually getting photos and they are by no means unique.

Also: Get the Zeiss ZX1 Full-Frame Camera For $6000 Because Money

The experience includes narration by Marsha Ivins, a real astronaut. So, that’s cool. First, Ivans explains the purpose of the satellite and talks about its design. Then, you get to take a picture. Compared to traditional satellites, microsatellites are a lot smaller and lower cost. Canon is hoping, however, to create a billion-dollar business around these tiny orbiters by 2030. A few months ago, the launch of a second CE-SAT-1B was not successful when the RocketLab Electron rocket carrying it exploded moments after launch. 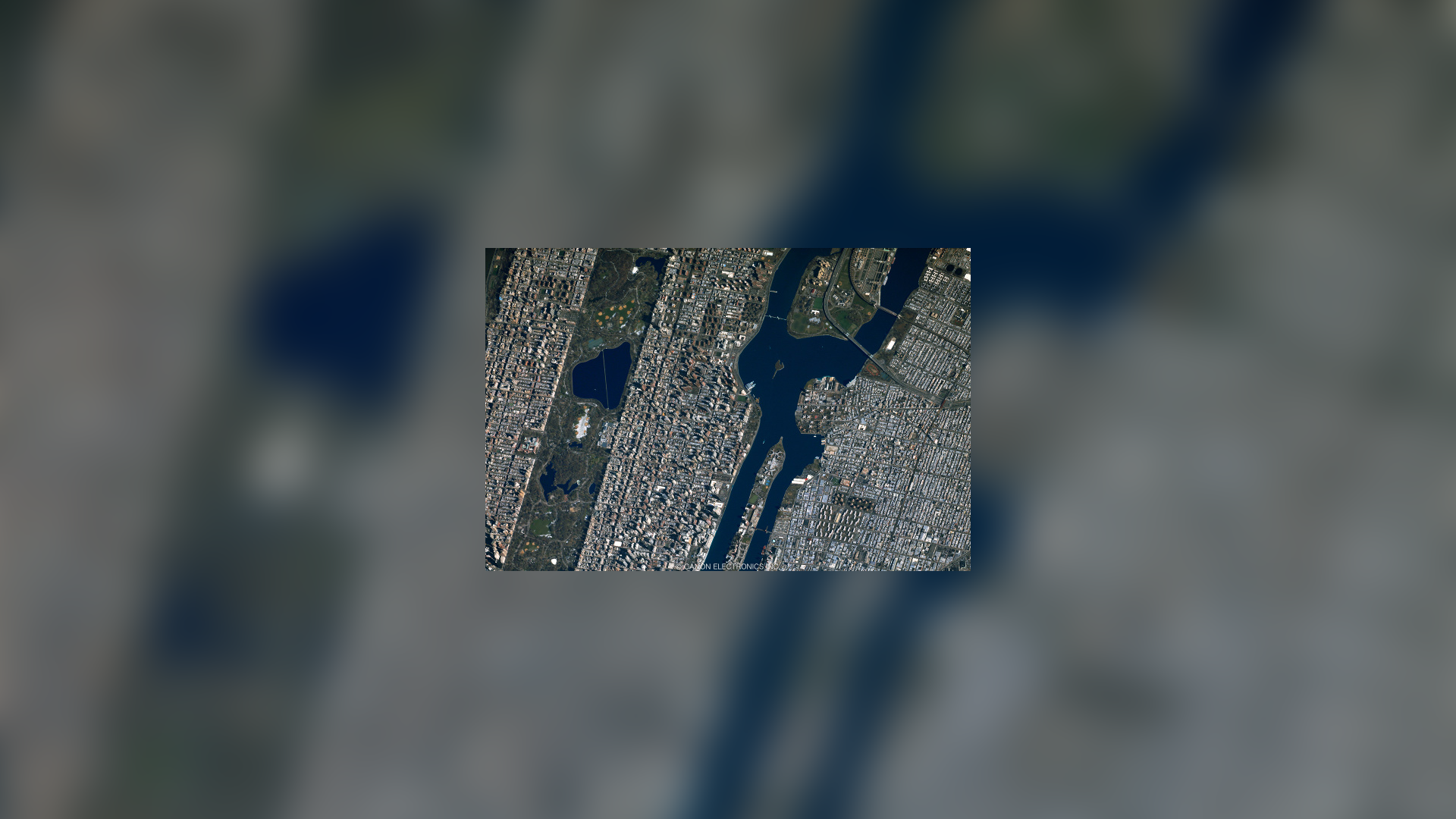