Apple has announced that it is building a large energy storage facility at a Northern California solar farm that it took over in 2015. What the company failed to mention, however, is that the battery packs are going to be supplied by Tesla.

The system is expected to store up 240 megawatt-hours of electricity. It was approved by the Monterey County Board of Supervisors in 2020. The project is going to rely on 85 Tesla lithium-ion ‘megapacks’ which will be the ultimate goal of power Apple’s corporate headquarters in Cupertino, California.

This new battery installation by Apple is ‘one of the largest battery projects in the country.’ Apple mentioned that this battery system could power more than 1,000 homes for an entire week. These Tesla batteries are going to let Apple store energy that is created by its 130-megawatt solar array at the farm.

The challenge with clean energy — solar and wind — is that it’s by definition intermittent. If we can do it, and we can show that it works for us, it takes away the concerns about intermittency and it helps the grid in terms of stabilization. It’s something that can be imitated or built upon by other companies.

Apple uses lithium-ion batteries in almost all of its products. We aren’t sure if the company is working on any grid-scale power projects. Apple is supposedly developing a lithium iron phosphate battery for its electric car project..

Tesla is, of course, most well known for producing electric vehicles. Most people don’t realize, however, that the company has spent quite a lot of time (and money) in developing an energy storage business to compliment its solar products.

Tesla’s energy business is still small, but the company already has a major client. In 2019, Volkswagen announced that it will be using Tesla batteries at some of its charging stations. 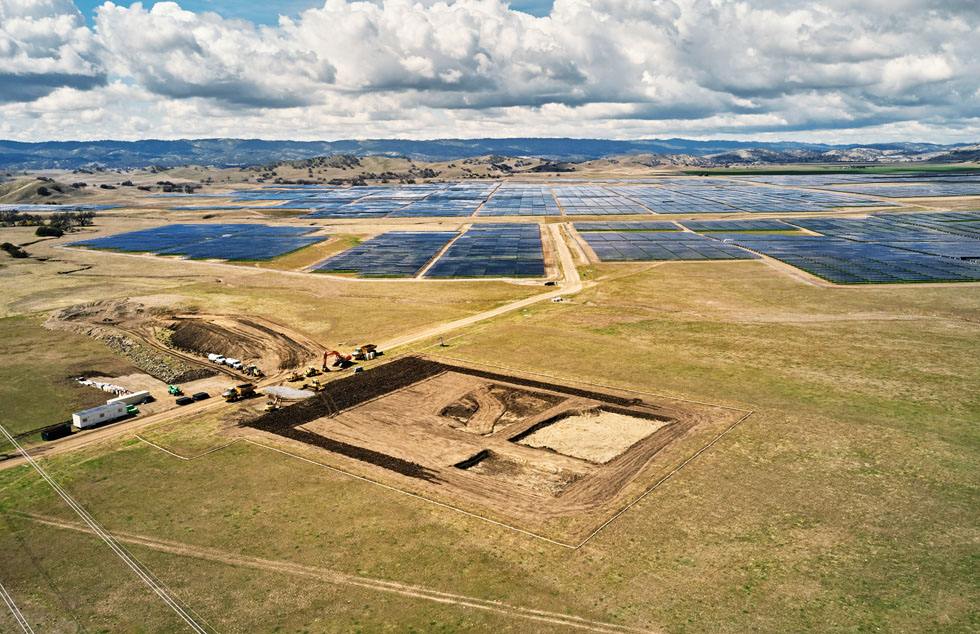