The iPod has been a staple of music lovers’ listening habits for more than 20 years. Its rise to prominence in the early 2000s, with the introduction of the classic iPod and its successors, remains unmatched by any other device or brand in the industry. However, the demand for iPods has continued to decline over recent years as users adopted streaming services like Apple Music, Spotify, Tidal and Pandora. Now it looks like there won’t be an iPod successor anytime soon. Apple is ending production of its iconic iPod line of media players after more than 21 years on the market. The cessation of production is not a complete exit from the need for this device segment but signals a strategic shift away from it. No new iPods are coming out at any point in the foreseeable future, and given that these devices were last updated in 2015, we won’t see any new models going forward.

Why Has Apple Discontinued the iPod?

Apple has been struggling with declining demand for iPods for years now, but the discontinuation of the product is not just a matter of waning interest in the product. Several factors might have led to this decision, including: – Declining interest in MP3 players – The popularity of iPods has declined for years, with sales of MP3 players overall dropping by half since 2013. Some see Apple’s AirPods as a replacement for the iPod, but they remain a fraction of the overall market. – Declining sales – Despite being a wildly popular product at its peak, Apple’s iPod line has seen a significant decline in sales in recent years, with lower-priced models becoming the mainstay. – Consolidation of the audio market – Audio equipment in general — both for home and portable use — has become a much more consolidated market in recent years, with Bose, Sennheiser, B&O and others leveraging their reputations for quality to build dominant businesses.

iPods Are No Longer a Priority for Apple

Apple’s decision to discontinue the iPod comes as the company has been refocusing its efforts to prioritize services and new product categories over legacy products like the iPod. Apple is a famously focused company and has never been one to pursue every product category in the industry. Instead, it focuses on a small set of products and grows them as aggressively as possible. The iPod has been an essential part of Apple’s history, but it’s far from the first or only product that the company has ever discontinued. Since its founding, Apple has discontinued products every year (and even every quarter). So while it can be painful for long-time Apple fans, it’s normal for any company to prioritize some products over others.

The Rise and Fall of the iPod Shuffle

The iPod Shuffle was the first product to be released under the iPod line and sold more than 14 million units in its first year alone. It remained a part of the lineup until the introduction of the iPod Nano in 2005 when it was relegated to becoming a low-cost model. The product was discontinued in 2014 but remained a popular product throughout its life. Though it was never a prominent part of Apple’s strategy for the iPod line, the Shuffle offered a unique experience for music lovers and exercisers alike. The product was priced at an affordable $49 at its launch and remained at that price for many years. The Shuffle was a much smaller device than the rest of the iPod lineup, featuring a single button used to both start and stop playback and change tracks. The device could hold music files of up to a few hundred MB in size, generally enough for a single workout.

The Importance of iTunes for the iPod’s Success

While the iPod was a successful product for Apple, integrating the device with iTunes helped make it so successful. Unlike other MP3 players, the iPod was sold primarily through Apple’s online store, which brought many benefits to the company. The main reason for this was using the device to sell more music. iTunes had its DRM format, which meant people could “rent” music from the service and be sure that they would never lose it. MP3 players of other brands used a different format and could not be used to sell music. In addition, the iPod came with iTunes preinstalled, allowing users to buy and download music to their devices easily. The iTunes Music Store also offered music in MP3 format, which meant that people using music services like Napster and Audiogalaxy could also buy music. However, the rise of streaming services like Apple Music, Spotify, Tidal and Pandora may have spelt the end for music downloads and the iPod. 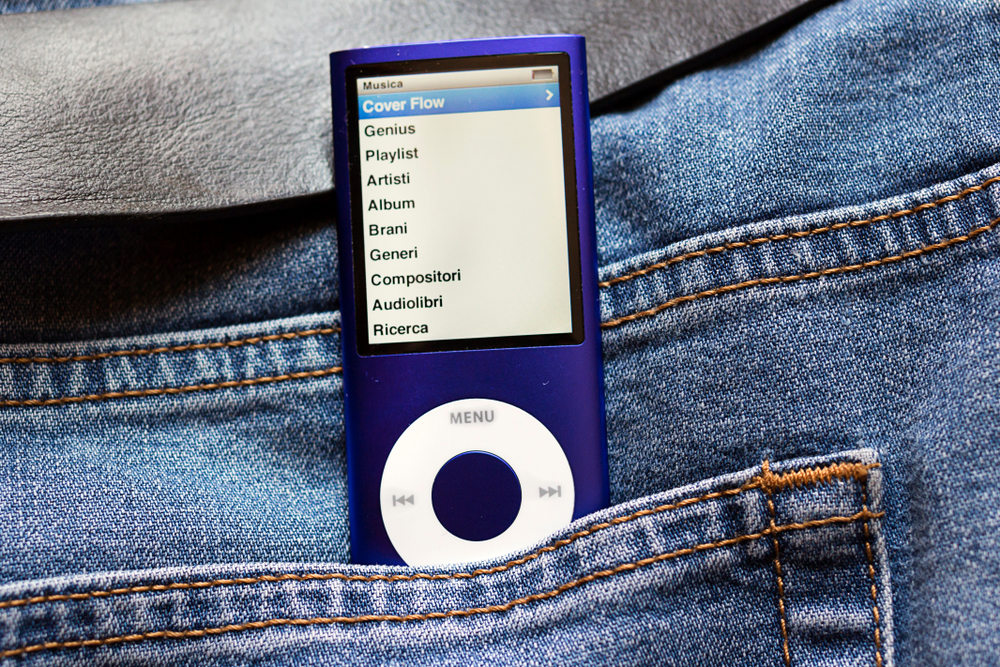