When it released the original Fire 7 tablet for $50 in 2015, Amazon set the budget tablet market in focus. With minor hardware improvements, Amazon’s surprisingly cheap tablet has been refreshed a couple of times. I tested the latest Amazon Fire 7 2019 with a fastest processor and additional storage in this year as well as the $100 Amazon Fire 7 Children Edition. The fact that you are stuck on the Appstore of Amazon is also a weakness of Fire 7, but still the impeccable value attracts bargain hunters.

The Amazon Fire 7 is a pretty chunky plastic tablet that folds into a 7-inch screen. The only item on the rear is Amazon’s A-Z arrow and the lens on the left edge of the 2-megapixel camera.

On the right side there is a flap for the MicroSD card and on the left the mono speaker but nothing is on the lower edge. The power key, Micro USB port, volume keys, 3.5 mm headset jack can be found at the top.

Body size is good and strong. Holding in one hand and putting it comfortably in a pocket is easy. I like the latest shades as well.

While the screen is rather clear, reading in direct sunlight outside can be difficult. Walmart Onn and Amazon Fire HD 8 are both slightly sharper with larger screens.

The Amazon Fire HD 8 beats the single speaker of Fire, because it is has dual stereo speakers powered by Dolby Atmos.

I find that Amazon Fire 7 is good for reading, but it’s not great to watch movies and games. The quality of the screen and the poor sound certainly let it down.

Amazon’s Fire tablets have a big problem with running a bifurcate version of Android branded as Fire OS and locked into Amazon’s Appstore. You may want that if you are a prime-member. Reading books and Prime Video streams are easy. You may also download major apps, such as Netflix, but not every app and game is in the Amazon Appstore that is available in the Google Play Store and updates are slower.

YouTube was probably the biggest disappointment, but many Android apps are just found in the Play Store. Although the dispute is currently settled between Google and Amazon and YouTube will return to Fire tablets later this year. There is no deadline for the resolution.

FireOS contains a home page with your new contents and a number of pages that divide it into books, videos, applications, games, etc. The presence of special offerings or adverts on the lock screen is one element that some people are disgusting about.

A hallmark of the platform of Amazon is Alexa and you can use it for hands-free operation on Fire 7. You can ask Alexa to send people a message, open applications or tell the weather.

You may even dig into the software and change Tablet ESP Actions to ensure that Alexa is called only by the nearest device. If you have Echo devices in your home already, that is great.

The Amazon Fire 7 and Kids Edition are similar in terms of hardware but Kids Edition is twice the Amazon Fire 7 price. You may wonder why you thought about it. A special bumper cover is equipped with a folding stand and a 2 year warranty that Amazon can repair it free of charge when the kid drops it as soon as the broken laptop is returned.

Amazon FreeTime Unlimited is also available for 1 year which is usually $3 a month, and provides a wide variety of curated content, including applications, games, magazines, videos, audio books, etc. All you have to do is build a child’s age profile and you can rest assured that you will provide always stimulating material to pull from it without anything objectionable content. Parental controls are also outstanding so that maximum limits, sleep periods and more can be set.

In this year’s Amazon Fire 7, Amazon improved the CPU, which is a good thing. It is a 1.3GHz quad-core processor and only 1 GB RAM is supporting this CPU. But the fact that this tablet is lenient is not getting away from it. Games run on low quality graphics and can stutter and lose frames periodically.

I’ve been playing PUBG and Alto and they’ve been working, not very fast. The lack of RAM is also a multitasking problem. It is going to be a challenge if you have a lot of apps opened at the same time and you are switching between them.

There is the same CPU in the Amazon Fire HD 8, but the RAM has been increased into 1.5 GB. This makes it in the multi-tasking department a bit more able but I found no apparent difference among the two generally.

Amazon says you can use the Fire 7 tablet for up to 7 hours combined, but no battery capacity is suggested. At best I consider the life of the battery is mediocre.

Amazon Fire Children’s Version is $100 and the Amazon Fire 7 is worth $50. Both can be bought from Amazon directly.

Whereas the Amazon Fire 7 is limited to only 90 days warranty, it has a two-year worry-free warranty, one of the better things about the Kids Version. Therefore, if your kid breaks or damages it, you will get no questions posed to a free replacement.

If money is tight and you’re already a Prime Member, Amazon Fire 7 makes much sense. It’s well built, portable and offers a lot for the money. Commitments are on a par with the course unless you can allow more to be spent. 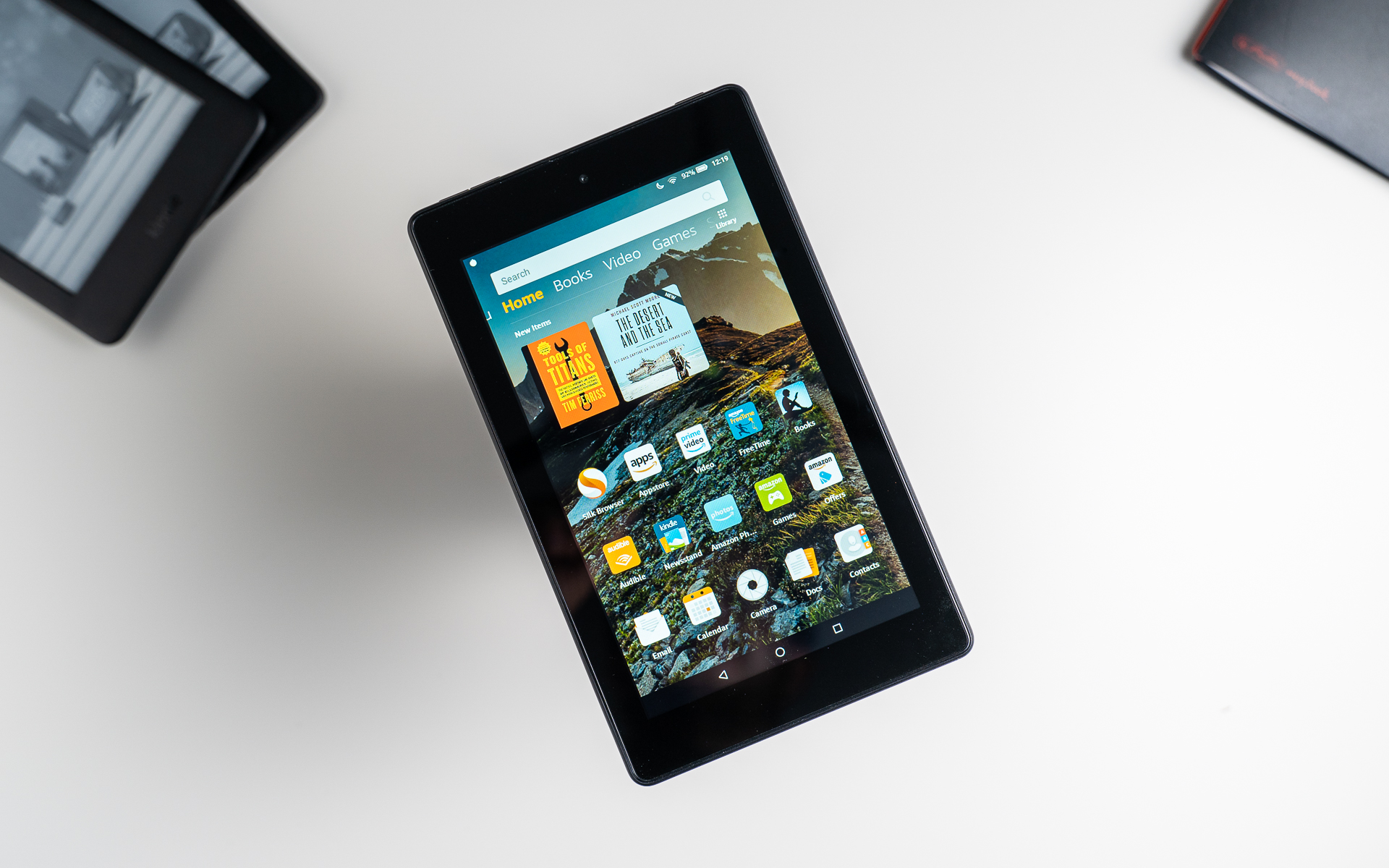