Just about every CPU manufacturer is in the middle of some sort of revolution. Things are changing everywhere. ARM just got bought by nVidia, AMD has been thinking about buying Xilinx, and Chinese chip makers are snatching up modern fabrication equipment. The world as a whole is transitioning to 10nm and beyond, and AI is here. It’s going to take a lot more software development, however, to catch up with chip giant Nvidia.

Although several chip vendors and cloud-service vendors have developed impressive hardware for AI acceleration, the next hurdle is the software.

Gwennap had this to say about nVidia’s competitors:

Software is the hardest word. To compete against deep software stacks from companies such as Nvidia and Intel, these vendors must support a broad range of frameworks and development environments with drivers, compilers, and debug tools that deliver full acceleration and optimal performance for a variety of customer workloads.

He talked about how other companies don’t fully support popular machine learning frameworks, like TensorFlow. He also elaborated on how some AI models for a lot of nVidia’s competitors might not even properly compile.

nVidia Has The Hardware

nVidia is at the very top of the AI training food-chain. The company’s CUDA software has given it a 10 year lead. Also, you have to consider that AI are highly parallel workloads that requires, ya know,GPUs. NEWS FLASH: nVidia makes GPUs. EVEN NEWSIER FLASH: They make the best one. NEWS SO FLASHY YOU CANT EVEN SEE IT: nVidia gets infinity free nVidia GPUs. The AI industry definitely needs a bit more competition, but like, good luck with that.

Artificial Intelligence is moving from big data-centers into your pocket. The algorithms are getting more efficient and your pocket computer is getting faster. Companies such as Think Silicon and Imagination are pushing the envelope in low-power AI. These days, you can run AI on a tiny micro-controller.

nVidia is Raising The Stakes

The stakes are getting higher and higher by the day. Like I mentioned before, nVidia announced that it’s buying ARM for $40 billion dollars. ARM is the company that makes the chips for 99.999 percent of smartphones and tablets. (Shout out + LOL to the like, 3 Intel atom based phones and/or tablets) Not only are ARM chips in your pocket, but they are also in your TV and more than likely in your blender. There are definitely more than a few ARM chips powering your Dyson vacuum. So, nVidia’s lead is getting a huge boost.

Anyone trying to take market-share from Nvidia is going to have to (attempt) to replicate nVidia’s software stack. The thing is, no one even has the hardware to write that software on to come close.

There are some open efforts that are going on, they are not getting a huge amount of traction. It’s been up to most of the companies to develop their own alternatives, and that’s why it’s been taking so long.

Also: Pro-Grade GPUs Introduced by nVidia: The RTX A40 and RTX A6000 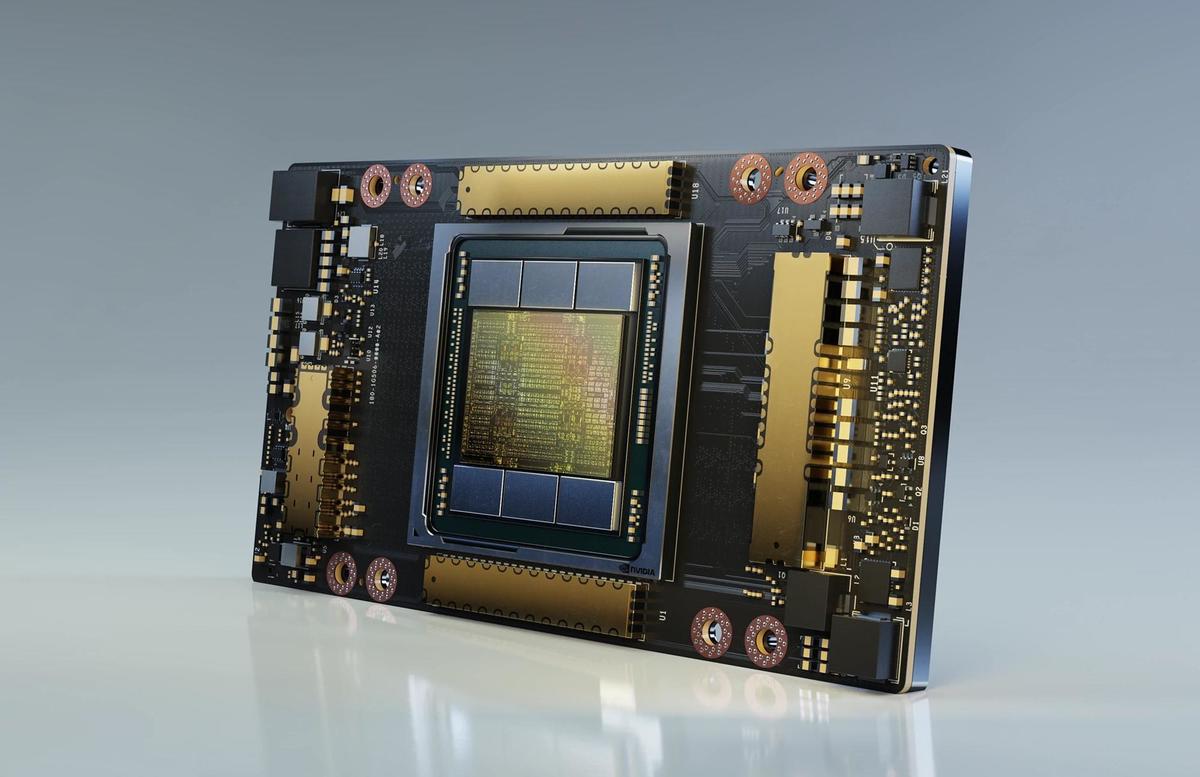