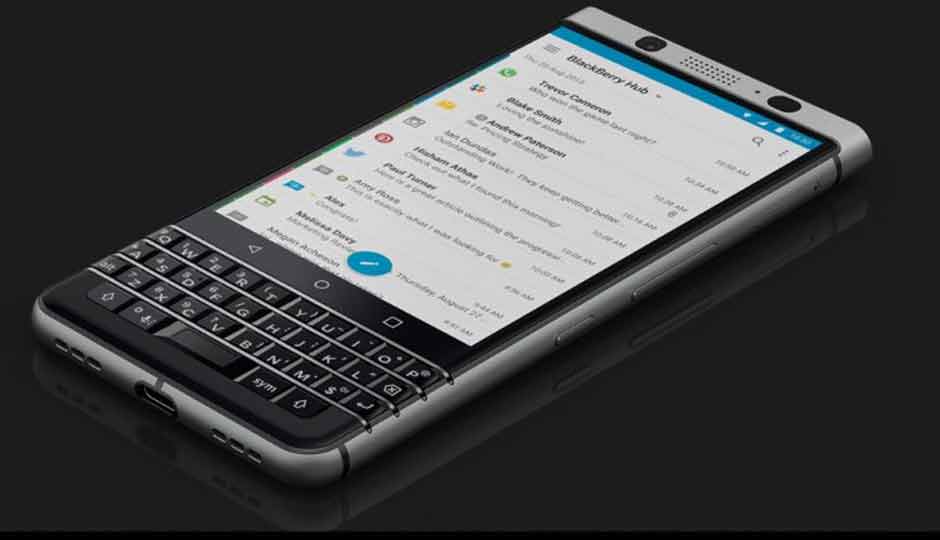 As per the latest information, the company has officially reduced the price of the device by Rs. 6024. The current price of the smartphone is Rs. 33,975. Users can get the device from Amazon India. There are also some interesting offers that users can avail during the purchase. The online retailer is offering exchange offer where users can further get Rs. 13,050 price deductions. The user can buy the device under EMI which starts at Rs. 1,615 per month. For those who have Citibank, a credit card can get 10% cashback if they buy the phone on EMI.

The BlackBerry Key One has some interesting features and characteristics. The device has a 4.5-inch Full HD IPS LCD and it is scratch resistance. The resolution of the display is 1080 x 1620-pixel. The color density is 434 PPI, and Gorilla Glass class-4 protects it. On the front side, the device carries a traditional QWERTY keyboard developed by BlackBerry. The users can modify the key setting as per their requirement. Using the keyboard shortcut, users can launch around 52 applications. The fingerprint scanner is located on the spacebar.

Currently, the device is running on Android Nougat version 7.1. But the device will soon receive the Android Oreo 8.1 update. Under the hood, it carries a Qualcomm Snapdragon 625 Octa-Core processor. It is a 64-bit processor and clocked at 2.0GHz. The Key One has 4GB of RAM and offers 64 GB of internal storage capacity. The storage capacity can be increased up to 2TB using a micro SD card.

Coming to its camera configuration, on the rear side the BlackBerry Key One has a 12MP camera with 1.55um and 6-elements lens. It is a Sony IMX378 sensor. The company claims that it can offer Google Pixel like photography quality. The aperture is f/2.0 and features a dual-tone LED flash. The camera also features PDAF, high dynamic range (HDR) and panorama photo shoot. It can record 4K video at 1080P. On the front, it has an 8MP camera which features an 84-degree wide-angle lens, and the aperture is f/2.2.

The BlackBerry Key One is power by a 3505mAh battery, and it features Qualcomm Quick Charge 3.0 technology. It helps the battery to get charged up to 50 percent in just 30 minutes. There is also a Boost Mode in the device which helps in providing better battery backup. Under the connectivity options, it has Wi-Fi, 4G, NFC, GPS, Bluetooth v4.2 and 3.5mm headphone jack. The size of the device is 149.3×72.5×9.4mm.

If talking about its successor model, i.e., the BlackBerry Key2 it carries a 4.5-inch IPS LCD and supports touch. The resolution is 1620 x 1080, and the aspect ratio is 3:2. The pixel density is 433ppi. Qualcomm Snapdragon 660 Octa-Core processor powers the device. It clocks at 2.0GHz.

There is a 3GB RAM + 32GB ROM variant and also a 4GB RAM + 64 GB ROM variant.  As per the report, for the international market, BlackBerry may launch a 128GB internal storage variant. However, the memory can be increased up to 256 GB using a micro SD card.