Google Pixel has come up with an idea of giving away the Pixel in a cereal box. Almost 2000 people have pre-ordered the phone in the UK; they have already put their money down and are getting a fancy compartmentalize box with a bonus bag of cereal. 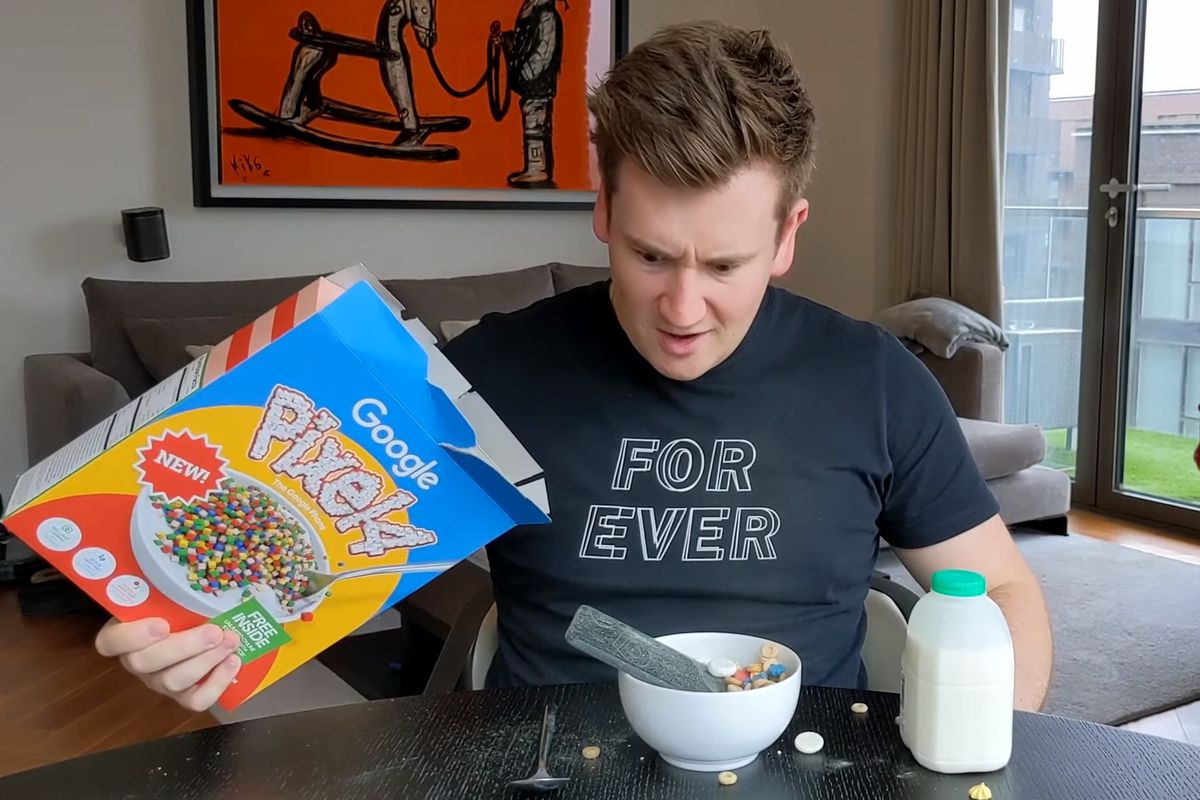 It is a kind gesture by Google for taking the initiative to do something new. But Google’s marketing team was not able to capture the complete market with this gesture as it was quite random. With the picture, Google showed that Pixel would be inside of a box of cereal of Chocolate Frosted Sugar Bombs. The chocolate Frosted Sugar Bombs are Calvin’s favourite breakfast cereal; this cereal describes as crunchy on the outside and chewy on the inside with pre-sweetened and ready to eat.
The photo provided by Google could make you imagine the anticipation of cracking open a box of cereal wondering and expecting to get a free $800+ Smartphone in the box. People would have eaten that stuff day and night and hoping to get a delightful new toy in the box.
The picture and the associated video were a lie; the reality was that the buyers were getting a fancy compartmentalize box with a bonus bag of cereal within the box. The marketing technique was not so proper as people were unable to understand the relation between the morning breakfasts with the Pixel.
But if Google has made it right by giving a surprise of giving the Pixel in a box of cereals. The Pixel would be able to handle the crushed corn dust and a splash of milk quickly. The marketing and packaging team of Google could make it is excited to purchase a box full of cereal and a Pixel.