ZTE’s Projector Hotspot may sound odd, but this Frankenstein device, which works as both a projector and a 4G Wi-Fi hotspot, is hugely impressive, with plenty of potential uses. Compact and light, it’s able to beam movies onto a wall at picture sizes of up to 120 inches, at resolutions at 800×480 pixels.

That projected image is mirrored by a small touchscreen display (also the same resolution) that gives access to its Android operating system. Through this, users can load up pre-installed apps, such as the media player or YouTube, or download new apps and media via the Google Play store.

The ZTE Projector Hotspot will allow up to eight devices to connect wirelessly to its 4G LTE network. It has a battery life of 1-2 hours depending on use and will be available later in 2014. 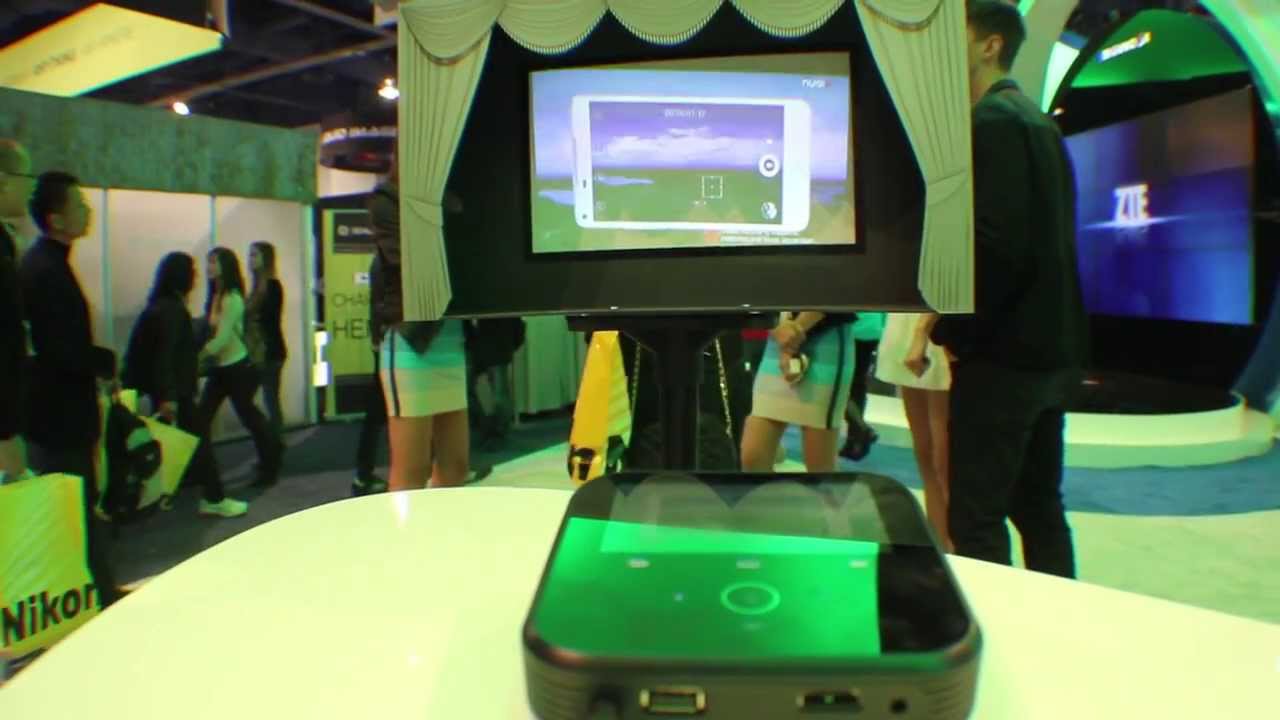