The XIDU PhilBook Y13 has a nice faux-aluminum plastic enclosure that’s wrapped around a strong metal frame. This makes it feel really sturdy. If not for the distinct surface feel of metal, you might be forgiven for mistaking the XIDU Philbook Y13 for an all-metal laptop. They really pull off the effect well. There is no flex when pressing firmly anywhere on the keyboard or anywhere else on the surface of the machine.

The XIDU PhilBook Y13 is equipped with a dual-core Intel Core i5-5257U processor. The CPU supports Hyper-Threading, so Windows 10 sees it as a quad-core part. I was able to use the PhilBook Y13 to perform a variety of performance-hungry tasks simultaneously with no issues.

The PhilBook Y13 has 13.3″ 1080P (1920 x 1080) Full HD display. There are almost no bezels on this display, and that really does make for a much more immersive experience than you would get, otherwise.

As far as sharpness goes, the PhilBook Y13 has that covered. The pixels are small enough that in normal laptop usage scenarios, you cannot discern individual pixels. But if you have good vision and lean in just a few inches, you will be able to see the pixels. This says to me that XIDU chose the perfect display. Any less sharp and it would appear pixelated and any more sharp and it would have been a waste of money.

This laptop has some really great sound. The speakers are not what I would consider to be ‘loud’ but I would definitely not say that they are ‘too quiet’ by any means. As far as volume goes, I can say that this laptop is ‘fine.’ When it comes to clarity and creating a sense of depth, on the other hand, this laptop really does take the cake. These are some of the clearest and highest quality speakers I have heard on a laptop this thin. In fact, the quality heard here in the XIDU Philbook Y13 is close to some of the best sound I have heard from a laptop, period.

There is some sort of neat trick that the XIDU engineers did with acoustics in this laptop. The Y13 has only two front-facing speakers, but you wouldn’t know that with your eyes closed. In fact, you wouldn’t be to tell it only has two speakers with your eyes open!

It is as if the PhilBook Y13 has 4 speakers. This is due to some amazing stuff that XIDU is doing on the inside to direct the flow of sound. There is a small chance that this effect is happening by chance and was not intentional, but I doubt it. When using the laptop on a flat surface, the sound comes over of it in a way that it really feels like there’s a speaker under each side of the display in addition to the 2 in the front of the laptop. It’s a really amazing effect and maks for an excellent video watching experience.

I didn’t have any problems with the battery life on the Y13, but I wouldn’t say that it has great battery life either. In that department the PhilBook is average. I can say, however, that it has a bit longer running battery than a lot of other laptops this thin, though.

This brief review of the XIDU is only the tip of the iceberg. In a coming article, we are going to do a deep dive into the PhilBook Y13’s characteristics and performance. Accompanying the full review will also be a video review. 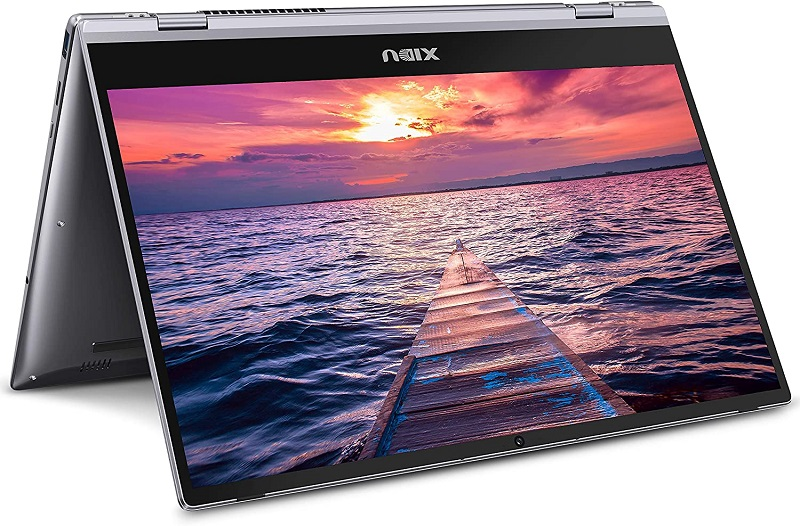