Chinese smartphone manufacturer Xiaomi is preparing for the launch of its mid-range handset, Mi 6X. It appears that the company is on a launching-spree ever since the year kick-started. Earlier this year, the Chinese technology giant took the wraps off its next-generation flagship offering Mi Mix 2S. The device notably takes on numerous flagship brands and their splendid offerings, including Apple iPhone X, Samsung Galaxy S9 and S9 Plus smartphones, OnePlus 6 and many more. The smartphone was no different in comparison to its predecessor, except for the fact that it gains its power from the Qualcomm Snapdragon 845 system-on-chip. Now, it appears that the company is back with yet another beautiful offering, however, the upcoming model will fall into the mid-range category. 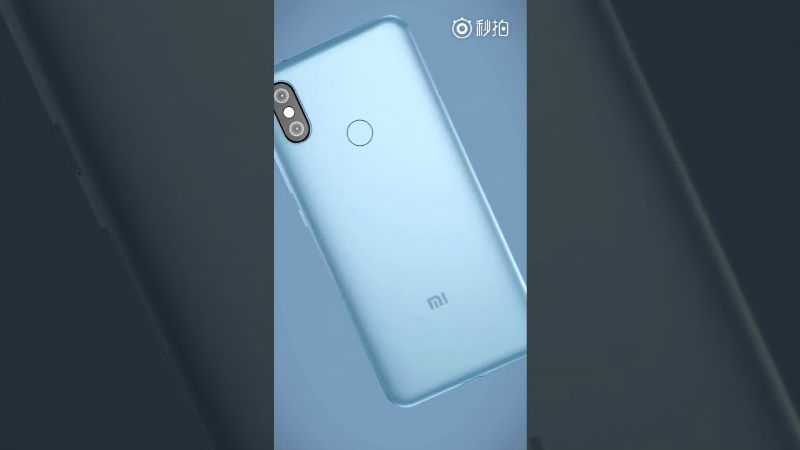 According to a report by Gadgets 360, the device is set to take the wraps off its Mi 6X smartphone at an event in China. The highly-anticipated game is scheduled to take place on April 25. The release date of the mid-range smartphone has not yet been made official as yet. However, by Xiaomi’s previous record, the smartphone will end up launching for sale almost immediately afterwards. Since there is only a week to go until April 25, fans are excited about what they might find on the upcoming flagship smartphone. Ahead of the launch, there are numerous leaks, rumours and speculations regarding the device that is taking the rounds of the internet at the moment. While the Chinese smartphone manufacturer will launch its mid-range as Mi 6X in China, the same device will appear as Mi A2 smartphone in other markets, specifically India. In a recent development, a seemingly official promotional video advertisement of the Mi 6X has gone on to surface online.

The video, it appears, was initially uploaded on YouTube by a third-party channel which does not represent Xiaomi’s official branding. The viral video first went on to be spotted by ITHome. The video that is doing the rounds of the internet provides viewers with an 18-second look at the upcoming Mi 6X smartphone. “From what little is revealed in the video, we can ascertain that the mid-range handset will resemble the Redmi Note 5 Pro in more ways than one,” notes Gadgets 360. Furthermore, it appears that the upcoming device goes on to feature a vertical dual rear camera setup along with an 18:9 aspect ratio. The smartphone further goes on to support a full-screen display. The shots that go on to be showcased in the video reveal four different colour options, including Red, Black, Gold as well as Blue. Users, it seems, can also expect an exclusive Rose Gold colour option at the upcoming launch event.

Additionally, the teaser further goes on to confirm the presence of a 20-megapixel primary sensor on the rear panel. Endless rumours that were doing the rounds of the internet in the recent past claimed that the smartphone might pack a 12-megapixel Sony IMX486 sensor. Apart from this, there might also be a dual rear camera module on the back end. As far as the front panel is concerned, the device might end up featuring a 20-megapixel Sony IMX376 sensor.

As far as the internal specifications of the upcoming smartphone are concerned, the invention goes on to highlight a 5.99-inch full HD Plus display with 1,080 x 2,160 pixels resolution and an aspect ratio of 18:9. Previous leaks claim that the smartphone might gain its power from the Qualcomm Snapdragon 660 system-on-chip. On the storage front, the device will go on to offer different options, i.e. 4GB/6GB of RAM along with 32GB/64GB/128GB of inbuilt memory storage. The invention will apparently run on the latest Android Oreo directly out of the box with MIUI 9 on top. The smartphone will pack a 2,910mAh battery under the hood.