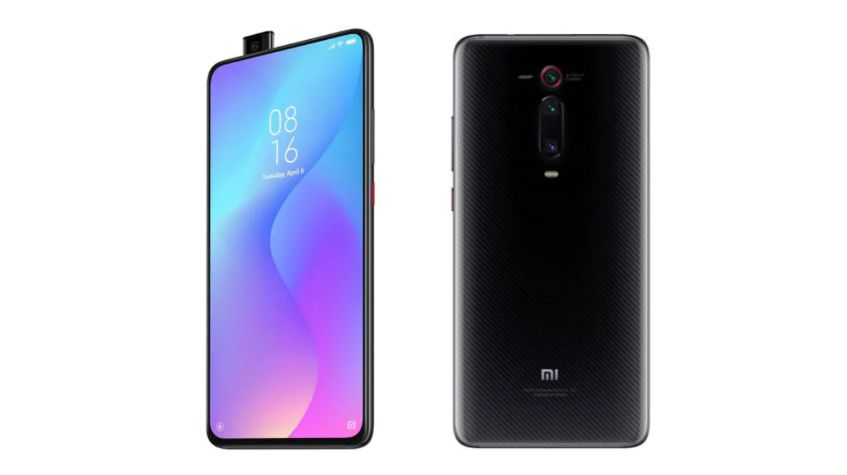 Xiaomi is one of the leading Chinese manufacturers sharing a big piece of cake in the mobile market. The company has its own research and development department, which is producing the best innovations in every new phone they produce. Xiaomi Mi 9T Pro is one of the latest phones presented in the mobile market. It is a flagship phone with the most affordable price as compared to the other brands.

As a flagship phone, Xiaomi Mi 9T Pro is no doubt a phone which will be the true representer of the new genre. It is one of the perfect balanced phones a unique combination of design and specs. As most of the phones are coming up with more powerful back and front cameras, the same is the case with this model. It is equipped with a very versatile triple camera system that can capture stunning clear pictures and videos, even in low light conditions. A lot of valued features are packed into a slim and stylish body. The price is also one of the good aspects which cannot be neglected, which is under £400. Nothing is super perfect in this world.

The only thing lacking in the phone is its inability to capture RAW file format and also the image stabilization. This only flaw is compensated in the newly developed software, which can still help to get the perfect shots every time. The quality is never lacking in the Xiaomi phones, and the pro is justified in the overall performance of the phone.

The Xiaomi Mi 9T Pro is an upgraded version of its champion phone Redmi K20 Pro. The concept was conceived from that model with a promise to deliver more features in the same value bracket. This is no doubt one of the most exceptional phones till date as compared to the value of other high-end phones. Users will get more of it than that of the price which is just costing £399. The features are almost the same as presented in Samsung Galaxy S10. If we look at the key features on the paper, one can easily identify that it has almost similar storage capacity and the identical processor, battery capacity, and primary camera sensor as the OnePlus 7 Pro. It has won the race in some features like the pro cameras are included in this model.

There is a tug of war nowadays between the US and Chinese governments regarding the telecom industry. The company will definitely introduce the phone to mainland Europe. Black and blue are the two main colors for this model in shining dandy looks. The phone has the standard 128GB storage and 6GB RAM. It has one of the tops of the line Snapdragon 855 processors to deliver a nonstop better performance. The phone also has one of the best 4000mAh battery packages and also the fast charging, which makes it a companion for the whole day full of entertainment. Considering the specs, one can have a dream come true feelings after having this phone in the palm of the hand. The intro of the triple camera setup is just a huge bonus for a phone at this price.

As the name suggests, this phone is made for the professional way of performance be not only specs but also the camera quality. The Mi 9T Pro is equipped with the triple camera mounted at the back to shoot stunning pictures and videos. It has a total of three cameras with the 48MP wide range camera with an 8MP telephoto camera and 13MP ultra-wide cameras respectively. They give a complete solution to all the needs of shooting in any condition. The wide and telephoto cameras are packed with the laser and phase detection autofocus (PDAF), while the ultra-wide camera has the fixed-focus. This makes a unique combination of professional shooting, which covers almost every shot perfectly.

All the shooting modes are available in the Mi 9T Pro. The main 48MPcamera is perfect for taking advantage to shoot in massive resolution. Other modes include Auto, Portrait, Night, Video, Slow motion, Panorama, and Pro all set available by default. There are plenty of manual shooting options also available, which will attract most of the pro shooters.

The phone looks stylish and very attractive. The holding of the phone is very nice and sets very well in the palms. The polished aluminum frame and a rich curved glass back give the feeling of premium quality finish. All the aspects of design are just perfect and attract most of the phone lovers. The pop-up selfie camera is one of the trademarks of style in the latest design of the phones.

The shining finish quality and the looks of the set makes you feel attracted at first sight. Xiaomi has the tendency to produce high-end flagship phones with a low price tag. The phone has a newly designed 6.4-inch display, and the pop-up selfie camera is hiding inside the main body frame the phone’s top-side. The screen has the Super AMOLED technology which can deliver deep black and is more attractive in any condition day and night.