For quite some time we’ve known that Microsoft was going to add its video game streaming technology, Project xCloud, to Xbox Game Pass. Project xCloud is a subscription game streaming service that offers a massive library of games for a single monthly fee. Now, Microsoft has announced that xCloud will be officially added to Xbox Game Pass in September. Phil Spencer, Xbox’s chief, explained in a blog post that xCloud will be available to Game Pass Ultimate members ‘at no additional cost.’ Game Pass Ultimate is the highest-end tier of Game Pass that includes both PC and console versions of the popular Microsoft gaming service and Xbox Live Gold.

The standard version of Game Pass costs $9.99 per month, and the monthly cost of Game Pass Ultimate is $4 a month for the first month and then $14.99 per month thereafter. The two tiers together have accrued over 10 million members, which is significantly more users than PlayStation Now.

Microsoft is taking a different than Google and Nvidia with xCloud. With Google, the entry-level version of Google Stadia is free to access, but games must be purchased individually. Also, the games are limited to basic stereo sound and 1080p streaming resolution. Stadia Pro, however, costs $9.99 per month and offers 4K streaming along with a growing selection of free games that rotate every four weeks. But, once you claim them, they stay in your library. Also included in the Pro version is 5.1 Channel surround sound.

Meanwhile, Nvidia’s GeForce now doesn’t actually offer any games. Instead, users have to buy compatible games on their PC through storefronts like Origin, Steam, and the Epic Games Store. There is no cost for GeForce now, but gaming sessions are limited to a single hour, and a lot of the time you have to wait for a remote machine to become available. But, if you pay $4.99 per month for their premium tier, which they call a ‘Founders membership’, that will gives you priority access and increase the session limit to six hours. Also, the Founders membership includes Nvidia’s RTX ray-tracing acceleration.

So, with all that taken into consideration, xxCloud has the highest cost to enter. It is, however, part of a wider Game Pass package that does in fact offer a lot more value. According to reports, over 100 Xbox Game Pass titles will be available to play via xCloud at launch. Also, all in-house Xbox games will be available on Game Pass the same day as their conventional global release.

Currently, the Microsoft game streaming service is available as a private beta for Android tablets and smartphones. We don’t yet know if the company is planning to extend the service to other devices. Stadia, on the other hand, works on Chromecast Ultra dongles and in any Chrome browser. It’s important to remember, though, that Microsoft’s operating system runs on nearly all PCs, and their line of Xbox consoles is in millions of living rooms. 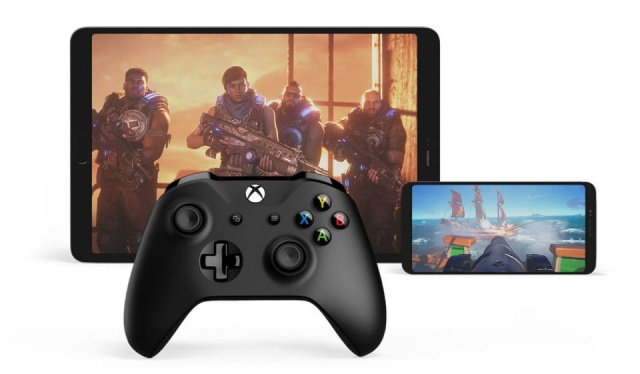