Not long after giving Android users access to Xbox remote play, Microsoft confirmed that it has now begun testing the new feature on Apple’s iPhone platform. The new Xbox streaming app works exactly like you think it would: Xbox Remote Play connects to your Xbox Series X, Xbox Series S, or Xbox One. Once connected, it lets you play any game that’s already on your system. This differs from Microsoft’s xCloud service because this depends on your own console.

This Xbox Remote Play system is actually pretty awesome. Think about it. Now-a-days, you don’t even have to hook your game console up to a TV. All you have to do is turn it on and connect it to your Wi-Fi network. With this new system, you don’t even have to be in the same room as your console anymore. Oh, how things have changed since the days of the SNES.

So far, the new iOS Xbox app seems like it’s going to be relatively stable. Microsoft hasn’t said anything specific about availability just yet, but you can expect Xbox Remote Play to arrive in the App Store pretty soon.

Back in the bad old days

Back then, you had to physically own a cartridge. That was literally the only option. In addition to that, you had to physically put the cartridge in the system that you were physically in front of. That system had to be physically connected to the display that you were wanting to use to play the game. Now, with this Xbox Remote Play setup, none of the above is necessary. As long as you own an Xbox Series X, Xbox Series S, or Xbox One, and a smartphone, you are good to go.

If you like this article, you may also be interested in this one about the Series X price. 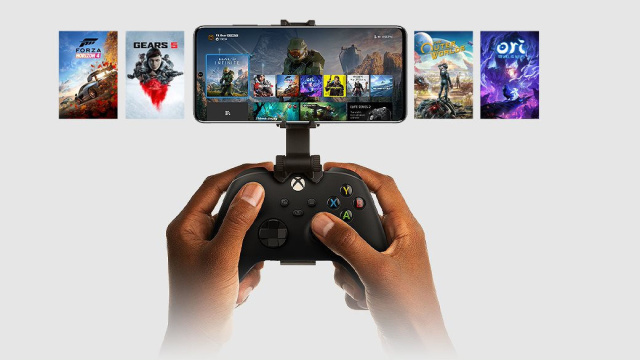