A pair of two-toed sloths at Chicago’s Lincoln Park Zoo welcomed a new baby to the family, born just over a week ago.

The newborn is the first child for breeding pair Hersey and Carlos, reports The Associated Press.

The baby sloth’s sex and measurements, however, have yet to be determined because it is adorably still clinging too tightly to its mother for zookeepers to observe. (Aww.)

Attaching to a mother, according to zoo curator Diane Mulkerin, is an important milestone, along with nursing regularly — all of which the newborn has been doing, giving signs that its health is in top shape.

According to a statement from Lincoln Park Zoo’s website, Hersey, the 21-year-old mother, first came to the zoo two years ago. The baby is the first for Hersey, though 35-year old father Carlos has been around the block a few more times — this is his 12th offspring.

Mashable is the leading independent news site for all things tech, social media, and internet culture. 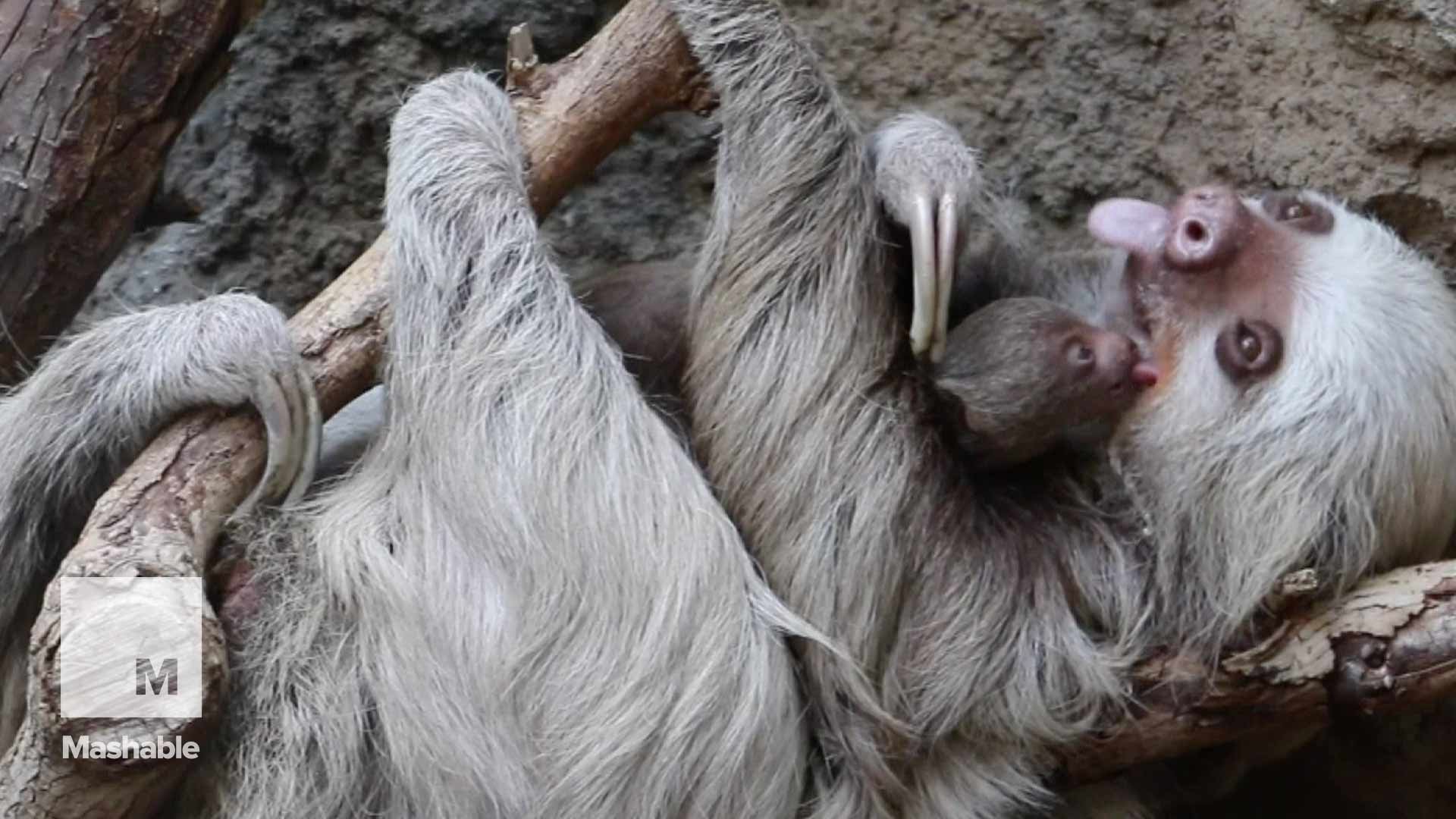