Since release, the Gallium Nitride chargers are improving at a rapid pace. It started with the 30W and 45W chargers, and then the small 61W bricks were introduced, and later came to the 60W charger has two USB C ports. There was also a tiny 65W charger having two USB C ports and a USB-A port.

Recently, HyperJuice 100W GaN charger has been launched and is considered to be the king of the wall chargers. The first Gallium Nitride charger in the world, HyperJuice, is also the smallest in the world. The charger delivers maximum power that a USB-C can provide under the current standard. 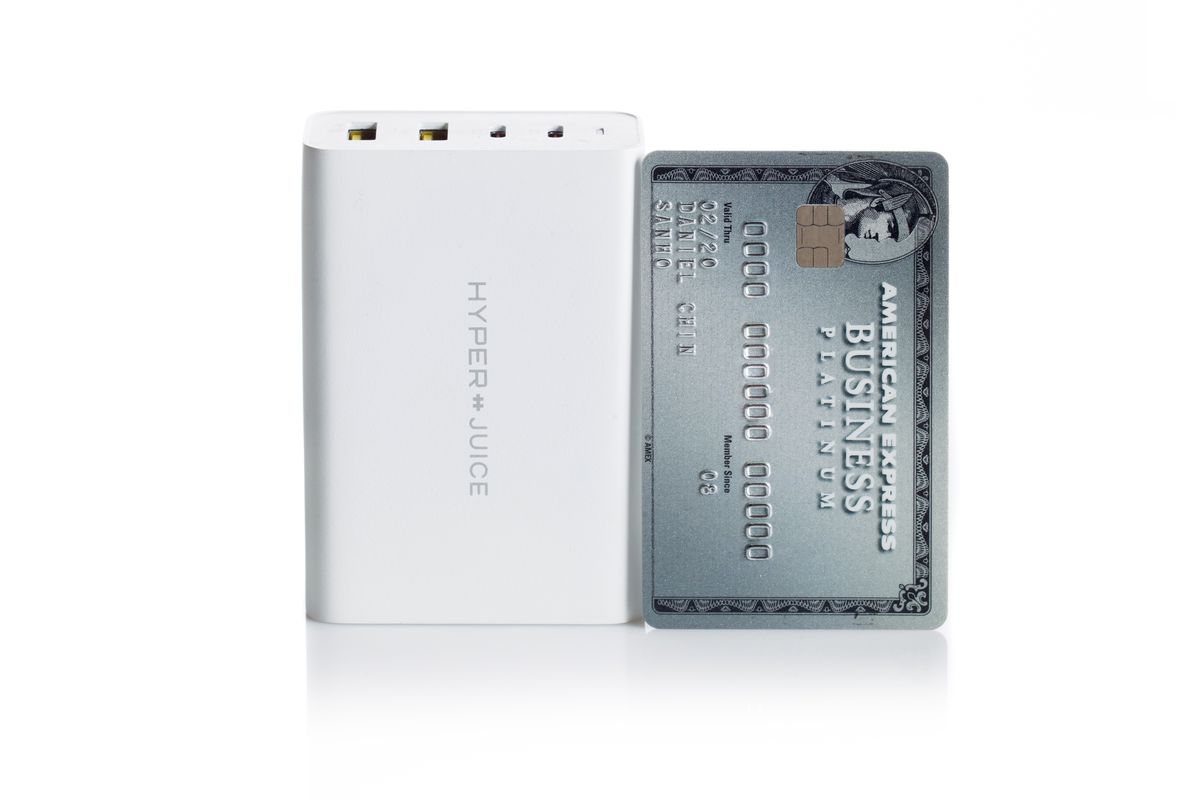 The HyperJuice 100W GaN charger has two USB-C ports and two USB-A ports for better power delivery. The built-in prongs on the backside of the charger help to flip out and plug the charger into an outlet. The 100W power of the charger enables it to quickly charge iPad Pro, MacBook Pro, iPhone, and other mobile devices like AirPods or watch simultaneously.

The use of Gallium Nitride (GaN) in the HyperJuice makes it more efficient and a powerful charging device. The power delivery of the two USB-C ports enables charging two 15-inches MacBook Pro at the same time. HyperJuice that takes up as much space as a pack of cards is pocket-friendly and can easily fit into any pocket. The charger comes with the pin converters that make it usable in any country. The sophisticated design and the latest technology make HyperJuice a dream charger.

Other Kickstarted products of Hyper include the Sanho HyperCube that enables the addition of USB and microSD storage to the phone charger. Another product is the HyperJuice USB-C Battery pack. According to Hyper, the wall charger, HyperJuice 100W GaN charger, will start shipping to the early bird backers in January 2020 and other Kickstarter backers in February 2020.