Tuesday, Virgin Galactic revealed the cabin of SpaceShipTwo. The company is working with Unity to make a virtual walk-through of the spacecraft.

he company said in a teaser video a few weeks ago, ‘Ultimately, the interior of the spaceship was designed with one primary goal in mind, and that is to get the perfect view of Earth from space.’

Richard Branson, the company’s founder, said, ‘It’s a big moment because although the event may be virtual its significance is starting to open space to everyone is very real. It is, which has been designed specifically to allow thousands of people to achieve their dreams of spaceflight safely.’

Branson continued, ‘Somebody once said to me the Virgin Galactic spaceship was the first one to be built from the inside out. There is a degree of poetic license in that statement but it contains a fundamental truth. We started with what we believed would be an optimal customer experience. And then we built the spaceship around it.’

Virgin Galactic partnered with UK design house, ‘Seymourpowell’ to design the vehicle’s interior so that it is ‘an elegant but progressive, experience-focused concept,’ according the press release. SpaceShipTwo has individual, reclining seats that will be made from carbon fiber and aircraft-grade aluminum. There are LCD Screens that are mounted in the seatbacks. No, they won’t be for playing movies, but they will instead display real-time flight data as well as video feeds from 16 HD cameras that are mounted to the outside of the vehicle. Luckily for us, images and video coming from those cameras can also be shared on social media. For the lucky few that are actually on-board the spacecraft will be able to enjoy an amazing view through any or all of the 12 cabin windows. And, like Virgin Atlantic’s airlines, SpaceShipTwo Unity will have programmable mood lighting that transitions between each stage of the journey.

Virgin Galactic really has come a long way since their tragic crash during a test flight. Back in 2014, when that happened, it was a big deal. It made Virgin temporarily postpone the entire project. After reconstructing the lost vehicle, the space-tourism pioneer successfully made its way back into space in 2018. February saw ticket sales resume when the Virgin launched its ‘One Small Step’ program, where people that would like to visit space can put down a $1,000 deposit to skip the line. Tickets were originally slated to cost about $250,000. 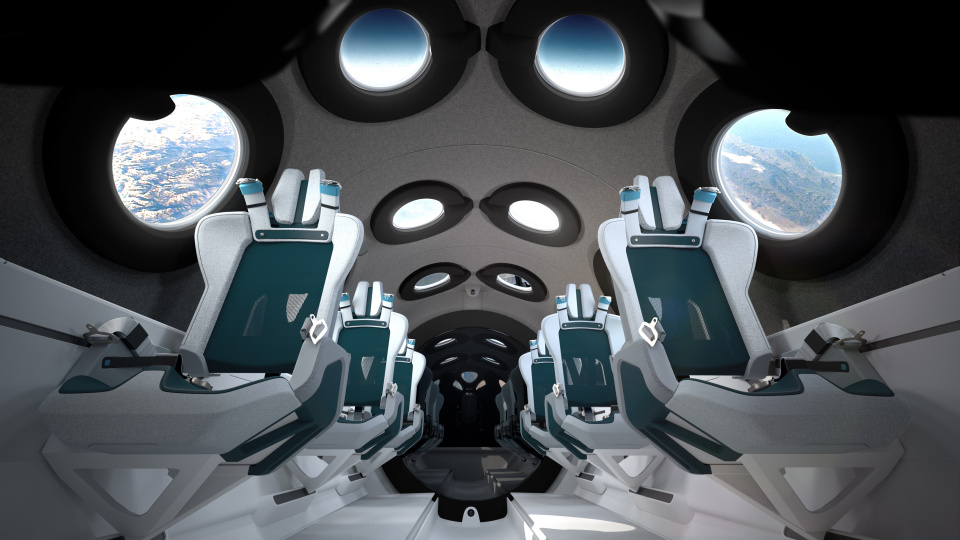