Earlier this year we learned a little bit about Royole’s second-generation flexible phone, the 5G-capable FlexPai 2. This device’s outward-facing flexible screen makes use of the company’s latest OLED technology, so it has a similar form factor of the Mate Xs by Huawei. The new OLED panel comes with better display performance, an improved bend radius, and reduced seam creasing.

During the same live-stream, Liu shared some details specs of the FlexPai 2. Its got a Qualcomm Snapdragon 865 processor, a 1,920 x 1,440 7.8-inch display, two speakers and four cameras. You can use the 5.5-inch ‘main’ screen and shortcut buttons on the hinge or you can fold the the device and switch to the smaller 5.4-inch display on the side.

More details about the camera also out. The FlexPai 2 has a 64-megapixel main camera, a 16-megapixel ultra-wide camera, an 8-megapixel telephoto camera that has a 3x optical zoom, and a 32-megapixel portrait camera. Like the model it’s replacing, the FlexPai 2’s camera app features dual-screen photography that allows your subject to see themselves on the secondary screen.

A double tap on the touch-pad wakes up the display. When you are using apps, the same touch-pad can double tapped to toggle split screen mode with up to three screens. Royale’s ‘waterOS’ performs this under Android 10.

The device has a large 4,450mAh battery, and when its closed has a 12.8mm thicknesses. When opened, its only 6.3mm thick. The FlexPai 2 tips the scales at a scant 339 grams (about 12 ounces) and it has support for 5G bands that appear to be mostly compatible with Chinese and European networks.

Also, the FlexPai 2’s 3rd-generation Cicada Wing FFD (Fully Flexible Display) is actually a lot more durable you might think. The OLED panel will last for up to 200,000 bends. That’s what most fold-able phones are capable of. In reality, though, China’s National Institute of Meteorology certified this panel to last for up to 1.8 million bends. So, it’s going to be interesting to see how Samsung will respond to this metric.

For the last few years or so, several manufacturers have been trying to make a decent fold-able phone, but due to various manufacturing and supply-chain hurdles, there are still very free fold-able-phone producers. Huawei, Motorola, Samsung, and Royole are the only four brands that have fold-able devices for consumers to choose from.

The Quest For The Perfect Foldable Phone

We are unsure whether or not Royole will be bring the FlexPai 2 stateside. It’s important to note that if you buy an imported version, you will more than likely not be able to officially use Googles services on the device. This was the case with the first FlexPai. 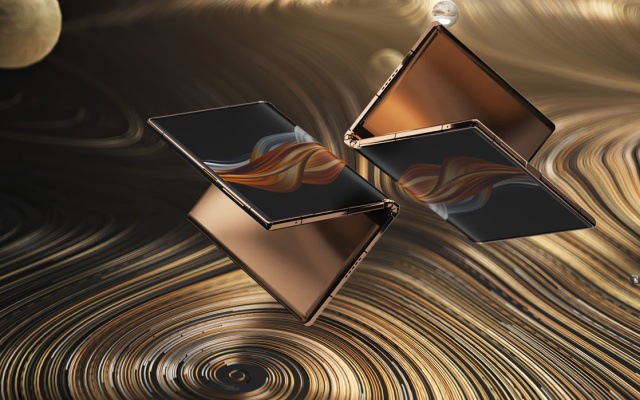