Scientists have yet to unravel all the mysteries of ultra-high energy light, and now, with the latest observations, they have another mystery to contend with. A team using the LHAASO (Large High Altitude Air Shower Observatory) has detected the most energetic light that has ever been observed.

It is coming from a group of a dozen or so gamma ray hotspots. In the hottest of the spots, energy levels are peaking at around 1.4 quadrillion electron volts. This is 40% more energetic than the runner-up.

The discovery suggests that there is something out there in the Milky Way that has the energy to boost electrons and protons to extreme speeds. It’s not always clear what produces these hotspots, but it clearly has something to do with black holes, seeing as those things are the only things in this universe that could produce such strong forces.

But Wait, There’s Gonna Be More

There will be many, many more discoveries of this nature because this machine, LHAASO, was only put into service this year. It’s brand new.

Let us not forget that all of these tools we Humans are using to look up at the sky and into the void are very, very new.

In fact, the most effective ones are not even online yet. When the James Webb space telescope is finally launched, humanity will, for the very first time, have the tools in orbit to be able to discern the atmospheres of planets outside our star system. 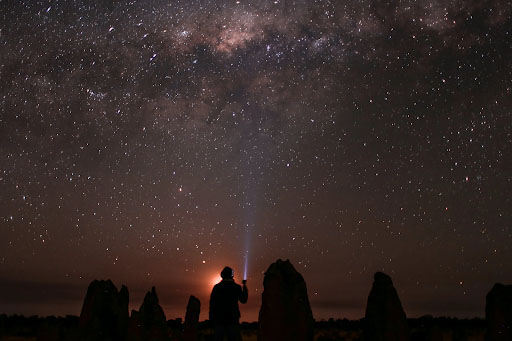