HMD Global recently announced that the Nokia 2 would get the Android 8.1 Oreo update soon. Now keeping it words, HMD Global has released the latest Android Oreo update for the Nokia 2, and it is the part of the Nokia Beta Labs. After this update, the Nokia 2 is the last device in the lineup to function on Android Oreo version 8.1. However, this is the beta version.

On Tuesday, the Chief Product Officer of HMD Global, Juho Sravikas stated that the Nokia 2 would be getting the Oreo update as part of the beta program which runs by the company. The development program comes after HMD Global announce that it will roll out the update for the smartphone. During that event, HMD Global also announced that all Nokia phones launched till now would also receive the Android P update. 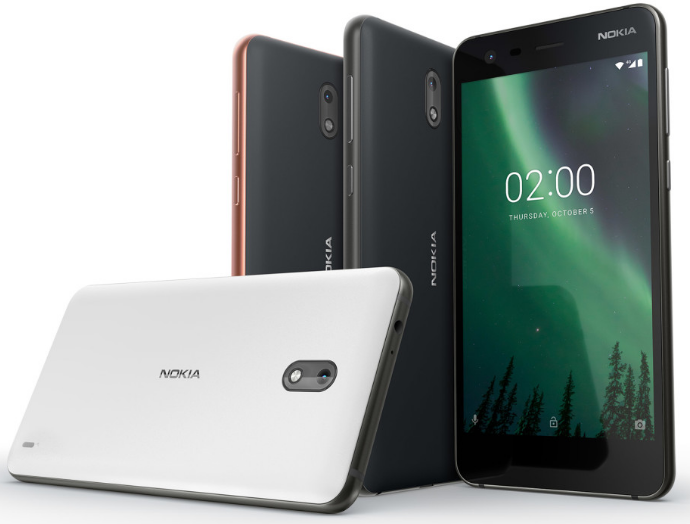 Juho Srivikas tweeted New on #Nokiamobile Beta Labs! #Nokia2 joins the #AndroidOreo party. Join us now #nokiamobilebetalabs to be the first to the test it!

Talking about the device brief description, the device was launched in October 2017. This budget-oriented smartphone carries normal specifications. The Nokia 2 has a 5-inch LTPS HD screen. With 16:9 aspect ratio, it offers 720 x 1280-pixel screen resolution. A Corning Gorilla Glass protects the display.  Under the hood, it has a Qualcomm Snapdragon 212 Quad-Core processor which clocked at 1.3GHz.

The device carries a 1GB RAM and offers 8GB of internal storage capacity. However, the storage capacity can be expanded up to 128 GB using a micro SD card. On the rear side, it has an 8MP camera which is supported by LED flash. On the front, there is a 5MP camera.  Previously, the device was running on Android Nougat 7.1.1, but now it has received Android Oreo update. It is backed by a massive 4000mAh battery which lasts for 2days.

Under the connectivity, it supports Wi-Fi 802.11 b/g/n, Bluetooth 4.1, A2DP, GPS/AGPS, micro USB 2.0. The sensor includes a compass, proximity, and accelerometer. It measures around 143.5×71.3×9.3mm. It is IP52 rated that means it will offer drip protection. Currently, the device is available in three color variants, i.e., Pewter Black, Pewter White, and Copper Black. The device is carrying a price tag of Rs. 6,009.