Much of the western United States began the morning with the view of a super blue blood moon total eclipse. In this silent time lapse video, the complete eclipse is seen over NASA’s Jet Propulsion Laboratory, located at the base of the San Gabriel Mountains near Pasadena, California.

Why was it called a Super Blue Blood Moon? It was the third in a series of “supermoons,” when the Moon is closer to Earth in its orbit – known as perigee – and about 14 percent brighter than usual. It was also the second full moon of the month, commonly known as a “blue moon.” The super blue moon passed through Earth’s shadow to give viewers in the right location a total lunar eclipse. While the Moon is in the Earth’s shadow it takes on a reddish tint, known as a “blood moon.” For more about JPL and all its space missions, visit 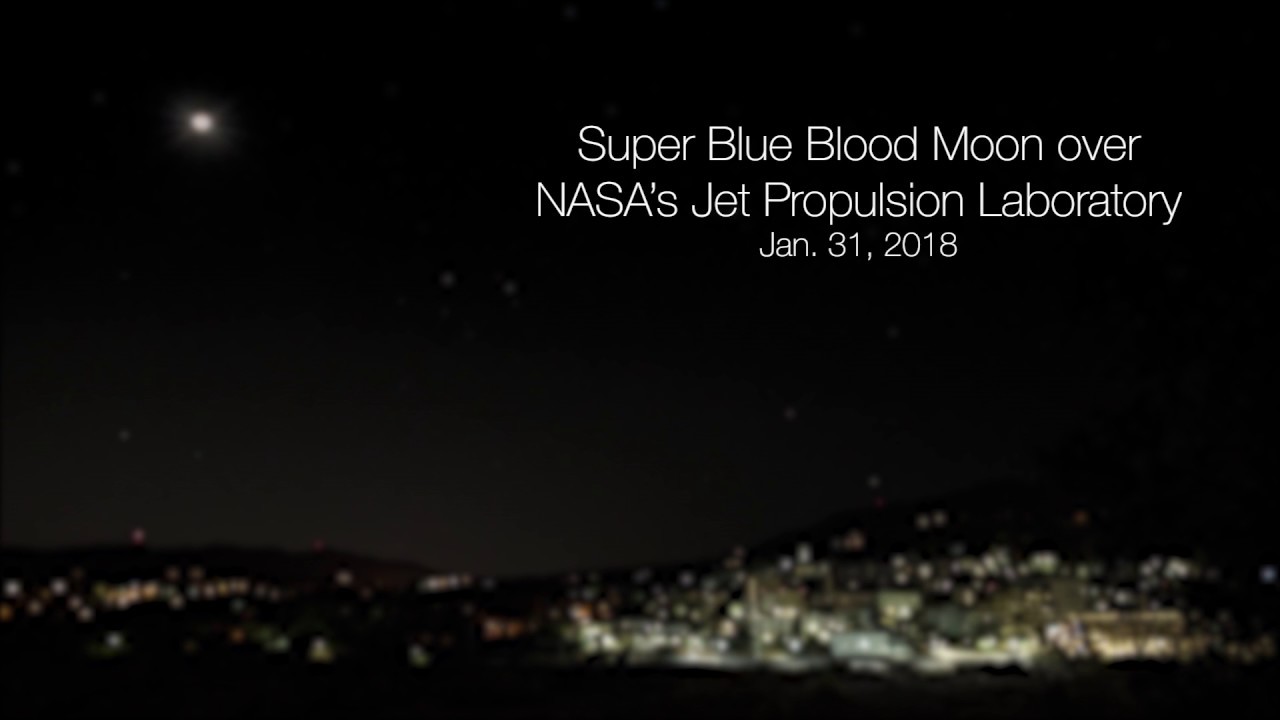