SpaceX is taking the steps necessary to connect its rapidly growing network of satellite-based internet connections extended to cars, trucks, boats, aircraft, and other non-stationary use-cases. In a request for regulatory permission last Friday submitted to the FCC (Federal Communications Commission), SpaceX’s has taken its biggest step yet toward connecting Starlink to the mobile sector.

In the March 5th FCC filing, SpaceX asked for a ‘blanket license authorizing operation’ of Starlink terminals that it refers to as ‘Earth Stations in Motion’ This is an umbrella term for cars, trucks, maritime vessels, and aircraft, etc.

No longer are users willing to forego connectivity while on the move, whether driving a truck across the country, moving a freighter from Europe to a U.S. port, or while on a domestic or international flight.

Small cars, like the one you drive to work and the grocery store, are going to have to wait a little while they can get a Starlink connection. Elon Musk tweeted on Monday, ‘Not connecting Tesla cars to Starlink, as our terminal is much too big,’ but surely it’s only a matter of time before that happens. For right now Elon says, ‘This is for aircraft, ships, large trucks & RVs.’

Starlink already has more than 1,000 satellites in LEO (Low Earth Orbit). So far, Starlink has over 10,000 users that it acquired through an invite-only beta program that started in 2020.

The beta program is meant for rural parts of the United States that currently have little to internet connectivity. A Starlink kit that includes an antenna and a high-performance router costs $499. After that, it’s $99 per month for speeds around 70 to 130 Mbps (megabits per second).

These are only preliminary test speeds with only a small portion of the planned 42,000 satellites in orbit. Just last month, the company began accepting $99 Starlink preorders for ‘a limited number of users per coverage area.’

There were not any details regarding new antenna designs in SpaceX’s request to connect Starlink with vehicles. The filing did, however, say that they are ‘electrically identical to its previously authorized consumer user terminals but have mountings that allow them to be installed on vehicles, vessels and aircraft.’

So, these mobile antennas are going to fit on the ‘masts of ships or the tops of semi- trucks” — or, in consumer cases, on ‘passenger cars or pleasure boats.’

Putting a Starlink terminal on a vehicle isn’t a surprising things for SpaceX to propose. Last year, the company asked the FCC for an experimental permit to operate Starlink terminals on Gulfstream jets.

It’s nice to see SpaceX more focused on their mobile connectivity efforts. The company even hinted that it plans to target their satellite internet service at ‘drivers, ship operators, and air travelers in the United States and abroad.’

Making Starlink internet available to these customers is going to ‘allow operators and passengers to access services that enable increased productivity,’ according to SpaceX.

Honestly, I think this is the first move in a long-term plan that has an end-goal of putting a starlink receiver in a smartphone. 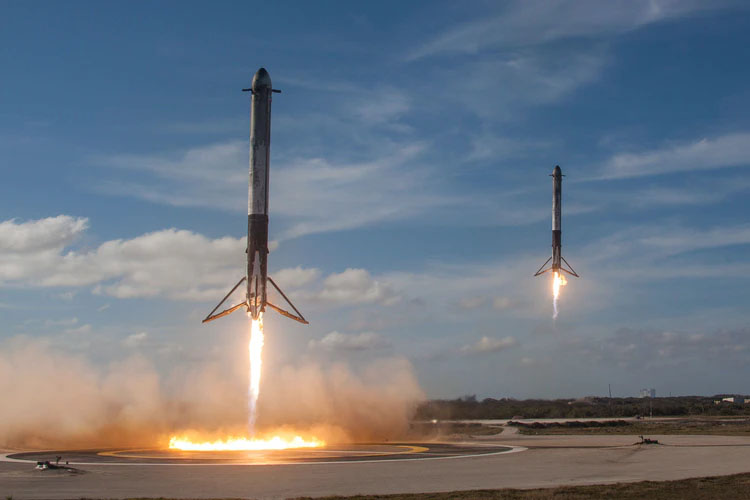