A SpaceX Falcon 9 rocket put another 60 Starlink satellites in LEO (Low Earth Orbit) on Sunday. The rocket returned to Earth successfully, landing on the hilariously named drone-ship, ‘Of Course I Still Love You.’

This was a new record. Yesterday’s mission marked the 9th flight and landing for this particular Falcon 9 booster. This booster was used earlier in 5 previous Starlink missions and the DM-1 Crew Dragon capsule.

These recent 60 satellites are but a small part in a growing Starlink constellation. Elon Musk is determined to provide global internet connectivity to everyone on earth. The FCC has already given the company permission to launch 12,000 satellites as part of the project. Over 1000 are already in orbit.

Starlink already has more than 10,000 users thanks to the beta program it launched last year. The Starlink kit, which includes an antenna and router costs $499. Considering that buys you everything you need to connect to the first and only high-speed, low-latency global internet connection, I would say it’s worth it. The monthly subscription fee is only $99. Speeds are currently 70 to 130 Mbps, but this will increase to 1 gigabit and beyond soon. SpaceX opened pre-orders for Starlink in the US, Canada, and UK last month.

Yesterday’s launch occurred at NASA’s Kennedy Space Center and was the second in just a few days for SpaceX. It had just launched another 60 Starlink satellites into orbit on Thursday. The next batch is scheduled to go up on March 21st. 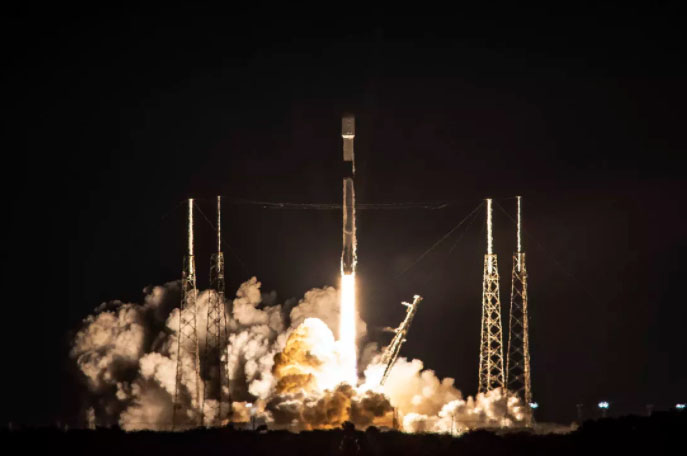