Since few days, rumors have been informing about the upgraded version of the Sony Xperia XZ2. Now, some images of new Sony Xperia smartphone have spotted online. As per the leaked images, the device has an 18:9 display aspect ratio. The photos were first placed on sumahoinfo.com. It also reveals that the smartphone functions on Android P 9 OS and carrying the model number H8616.  The smartphone offers 3840 x 1920 pixels of screen resolution. As per the rumors, this can be the Sony’s upcoming smartphone called the Sony Xperia XZ3. But some stated that it could be another phone from Sony as the model number for the Xperia XZ3 was H8416. 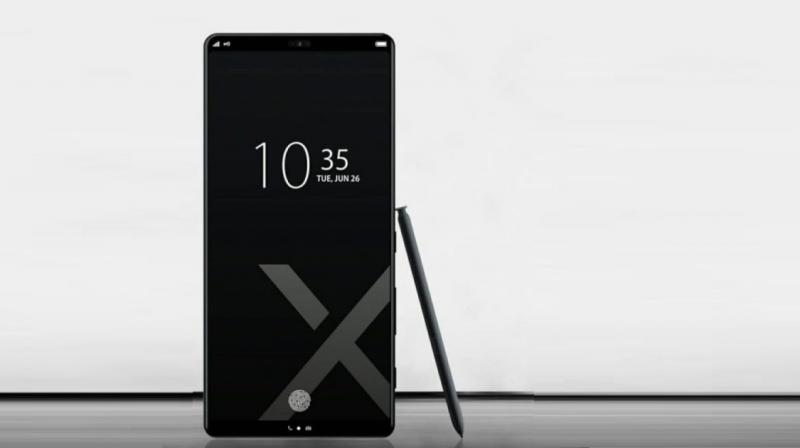 The model number suggests that it will be a Sony Xperia device as Sony always name the device in H81xx, which is the Sony Xperia XZ2 Premium, H82xx, it was for the Xperia XZ2 and H83xx which later revealed as the Xperia XZ Compact smartphone. In just three days, it is the second unrevealed Sony Xperia smartphone.  Just a few days ago, the H8416 model was found listed on benchmarking side, GFXBench. The benchmarking site revealed that the device would carry a 5.9-inch display which will produce 2880 x 1440 pixels of screen resolution. On the other side, the H8616 model supports 3840 x 1920 pixels of screen resolution. This will be the first smartphone which will offer QHD+ display resolution.  Inside the smartphone, there will be the latest Qualcomm Snapdragon 845 processor which offers 2.7GHz clock speed.  Along with that for better graphics processing, there is an Adreno 630 GPU.

The device has a 6GB RAM and 128 GB of internal storage capacity. On the front side, it has a 19MP camera. On the rear side, it may carry a dual camera setup just like the Xperia XZ2 Premium and will come with a 19MP and a 12MP camera. The listing reveals that the back camera can capture 4K videos. The GFXBench informed that it would run on Android 9.0. However, Samsung has not announced anything about the device. But it is expected that the device may be introduced at IFA  2018 which will be held in September.

Its previous model, i.e., the Sony Xperia XZ 2 Premium come with a 5.8-inch screen which supports 4K screen resolution. The new Qualcomm Snapdragon 845 processor also powers the XZ2 Premium with 2.8GHz clock speed. Like the XZ3, it also has a 6GB RAM.

It dual rear camera setup consists of a 19MP and a 12MP sensor with f/1.8 aperture and f/1.6 aperture respectively. The rear camera supports different photography mode HDR and Panorama mode. But the company confirms that soon it will release an update for the device which will activate the portrait and Black & White photo mode. A LED flash supports the 5-axis Gyro EIS dual lens camera. The device doesn’t have any 3.5mm audio jack which is quite disappointing.

Backed by a powerful 3540mAh battery, it runs on Android 8.1 Oreo. The device supports NFC. So users can use the Samsung Pay in this device. It is expected that the Xperia XZ3 will also help Samsung Pay feature.