After what seemed like a very embarrassing initial launch, the Snap’s Spectacles are back and a lot better than before. That said, they might be better than the original, but they still have a long way to go from being the “Empire Strikes Back” of smart glasses.

After its announcement in April of 2018, the snap spectacles are a love letter to all the fans that left after the launch of its predecessor. The glasses are incredibly stylish with a slightly heavier chassis and a plethora of different colors, such as Onyx Midnight, Ruby Daybreak and Sapphire. This new design and style come at a higher price as the glasses retail at US$149.9 and 149.9 pounds.

The color and weight aren’t the only things that have changed with the new glasses, as Snap Inc. has brought with it a slew of new features and fixes. The glasses now also take pictures as opposed to only videos in the prior version. The Spectacles also come with integrated memory storage that can save up to 150 (10 seconds) videos or 3,000 pictures. That is a lot of storage seeing how the camera is now purely HD and fits right on your face.

With the Pros Come the Cons

While the spectacles are indeed a major spec bump, they do fall short in a lot of places. For instance, video recorded and pictures were taken view themselves in a circular format other than the normal rectangular one, while this might not be a surprise it is still very frustrating at times.

While the spectacles might not be the most revolutionary piece of tech, they are very ambitious. With an HD camera giving a perspective similar to that of the GoPro and the inclusion of waterproof makes it safer to take to the beach and enjoy. Overall, this is the saving grace of 2016’s most innovative flop and while it may have its flaws people are getting what they paid for. 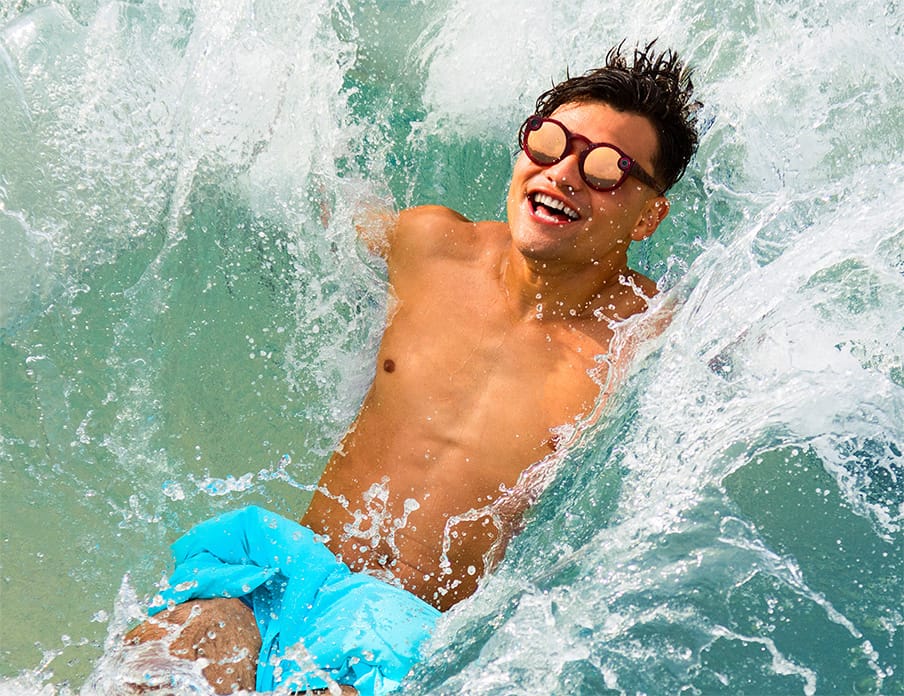