Samsung is of the most responsible brand in making newly featured smartphone and getting great reviews by the users. Also when Samsung conducted the surveys of reviews of their users, they got the most positive reviews and also loved by most of the people. Samsung is majorly famous for giving the best and new technology in a mid-range smartphone, the last mid-range smartphone was the Samsung Galaxy A7 which got good results in the market and have a satisfying user. With this, if we talk about the earlier model, yes the A7 it was having all the features which good flagships also have and with this, some of the features match with the Samsung Galaxy S9 as well.

Also, When searched in the market Samsung was on the first for manufacturing a smartphone with a camera under the display. The most recent smartphone which is now available in the market by Samsung is the Samsung Galaxy A8s which is now available in some of the online stores of the country. Also, with the good availability of devices, it is available at a minimum cost of $450 which everyone can afford to have it. 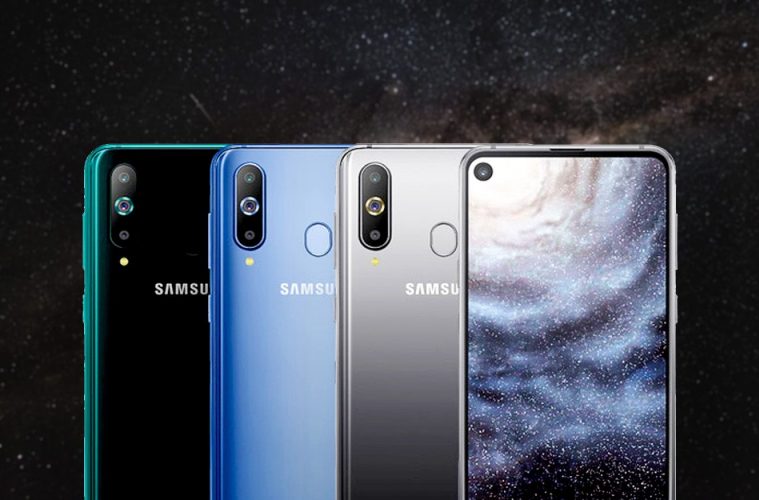 With a good price it comes with a high features specification which is as follows, it comes with a 6 GB or 8 GB configuration, whereas if we talk about the storage it starts from the 128 GB of internal storage and the most interesting thing which gives is that user can add a microSD card for having more storage and up to 512 GB which is a good option. With all this, the new Samsung Galaxy A8s is powered by Snapdragon 710 chipset which is somehow great for the gaming and fast processing but not as extreme as Samsung’s flagships. With the good processor, Samsung also promised to have an Android Pie.

If we talk about the back cameras in Samsung Galaxy A8s, it has three cameras on the back side and is giving a good look like iPhone X. Whereas the front camera will surprise you the most because it has a 24 megapixels camera with f/2.0 lens with a great Infinity-O notch in the LCD panel. The front screen design is so attractive as it has a 6.7mm wide selfie shooter in the upper left corner and it stretches to 6.4″ in diagonal.

The screen has a resolution of 1080x 2340 pixels which will be mindblowing. You must be wondering about the notch in the smartphone, the smartphone doesn’t have a notch but has slim bezels but one thing which dissatisfies is that it doesn’t have the latest super AMOLED display. The phone has the old LCD display which Samsung was bringing from last many years in its smartphone. The old smartphone has the actual name as LCD IPS screen.

One important thing is that this phone has not started shipping offline, therefore, you have to wait for these features smartphones and now the thing which will attract you the most is the color option of the smartphone in which it is available. The available colors are:- Blue, Aurora Black and Alien Silver.