Samsung launches its new T.V. named as beautiful as this model “the wall”, this TV ha sits massive of 146-inch micro LED but it appeared largely to be for commercial installation. The report came from the Korea that the company will soon produce a version for household also. Samsung president Han Jong-hee said that Samsung has “completed the micro-LED technology and are in a stage to raise production yields.” during the press conference in South Korea. As you know “the wall” will be the best so Samsung approach to selling The Wall will be very different than to its normal, quantum dot LED TVs. In fact, now Samsung doesn’t want to use the name as TV, because the wall will be much better when it will be called a ‘screen’ or a ‘display’. 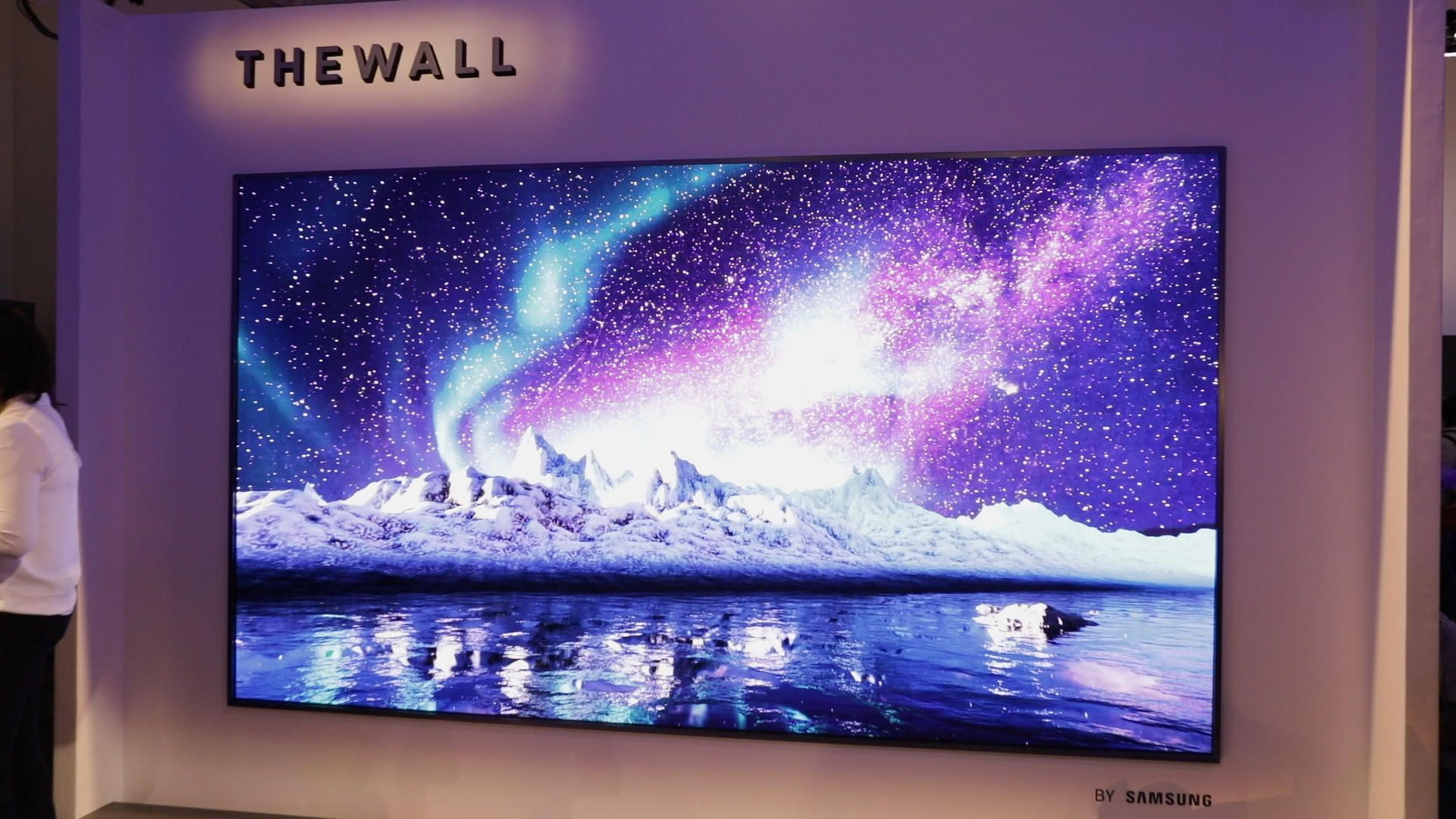 The interesting feature about this is that the TV named “the wall”  will not come in a set screen size when made available for the mass market, instead of this Samsung helps this user and allow the customers to personally adjust how large they want their very own ‘Wall’ to be before purchase. Now the new feature is up to customers because they can now arrange their personalized Wall in any shape they wish and also because the wall is really composite multiple screens together via micro-LED technology.
For the home-based TV, Samsung promise that the household version of the wall will surely be 30mm thin as opposed to the current commercial model’s depth of 80mm. Most surprisingly, In the presentation of the wall, Jong-hee also used the word ‘Luxury’. Samsung claims that its micro-LED displays, including those used in the walls, will have a lifespan of about 100,000 hours, which it claims outlast OLED display’s longevity. Truly said by Jong Hee that he wasn’t specific about when these TVs  would be available for all, nor did he mention price, stating only that mass production would begin in September and that “the price will not be as high as people think.”
Category: Gadgets Submitted by: Jack Thomas
Tags:Samsung, The Wall