AT&T and Comcast’s Xfinity Mobile are getting Samsung’s Galaxy A51 this month. The device is an addition to the already incredibly popular Galaxy A series phones. Samsung is planning to release a 5G version some time this summer, but for now only an LTE model is available.

Like other A series phones by Samsung, the Galaxy A51 is a really nice device, especially for the price. It’s got four rear cameras: a main 48-megapixel camera, an ultra-wide 12-megapixel camera, a 5-megapixel macro camera, and a 5-megapixel depth-sensing camera. The front facing camera is a 32 megapixel shooter that you can find nicely tucked into a hole punched in the top-center of the screen. This is a change from the Galaxy A50, which has an iPhone inspired screen notch instead of a hold in the display.

The camera setup on this phone is something that you would on a $500 or $600 model. Finally, a mid-range phone that takes decent pictures. No, its not a Galaxy S20 or an iPhone 11 Pro, but the image sensors in the Galaxy A51 are much, much better than what you might be used to from this price range.

OLED pixels generate their own light.

Unlike other displays, OLED screens don’t require a back-light to work. Traditional LCDs generate images by doing two things. They shine a bright white light in your face, and block out some of that light to make individual colors. If an LCD wants to make red, it blocks light coming from the green and blue sub-pixels, and poof, you’ve got red. This works pretty well, but when an LCD needs to make black, its a whole different story. To make black, it has to block all three sub pixels, red, green, and blue.

This is not possible.

The tiny liquid crystals that allow this technology to work are great and all, but they aren’t perfect. A little light will always leak past them, resulting in a weird, washed-out gray that people have gotten used to, so they see it as black.

In contrast (pun intended), OLED displays make their own light. So, when they wan’t to make black, they simple turn off their pixels. This results in a perfect black that is totally indistinguishable from a screen that’s powered off. This makes for a great user experience by reminding them less that they using a phone. Simply put, OLED screens are so good because they remind you less that you are using a device that has a screen. This way you can be more immersed in the content.

Another great thing about this device, especially for the price, is the in-display fingerprint sensor. That’s kinda how it should be. The display is the user interface for the phone, or any other device really. Humans have eyes, and that’s a pretty powerful way of interpreting the world around you, so vision is kind-of important to us. As manufactures put more and more devices in the screen, they create less and less distraction. Less distraction brings you closer to your content, creating a more immersive experience.

Unlike some other phones, this device features a 3.5 mm headphone jack. Analog headphones are the most widely used phone peripheral, yet its popular to not include it these days. The driving force behind this situation is how much space that jack takes up in a phone. Consumers are demanding thinner and thinner devices, yet they aren’t ready for the compromises that come along with that.

This problem could be solved if a new analog audio jack standard was created. That way you could use small, cheap, non-powered adapters for current headphones, and new headphones could come with the new slim-lined connector. Until that happens, it’s nice to see manufactures including this port on nice, modern phones.

As far as a phones built-in sound, we always like to see them have at least one front facing speaker. That’ unfortunately not the case with the Galaxy A51. It instead opts for a bottom firing solution. There is good news, however. The bottom mounted speaker is loud and distortion free at max volume. So, as it turns out, this phone has good sound as well. This would have not been the case if it had a rear firing speaker.

This device is powered by a Samsung Exynos 9611 SoC (System on Chip). Make no mistake, this is an extremely powerful part. It’s a semi-custom ARM based SoC. What that means is, Samsung licensed a CPU design from ARM, and then they added in a few of their own things and gave it a name. For this CPU, Samsung picked four ARM Cortex A73’s and four ARM Cortex A53’s.

The Cortex A53 is an average performance 64-bit ARM CPU. It’s not uncommon to find 4 or more of these CPUs on low end Android handsets. They get the job done, but they are nothing to write home about. The real star of the show hear is the set of four Cortex A73 CPUs.

The A73 is quite a powerful processor. Eight of these low power CPUs can amount to desktop-class performance in a lot of tasks. It’s nice to see a mid-range phone include four of them. Because of this, the Samsung Galaxy A51 is snappy and fluid throughout.

Speaking of desktop-class: Of course, a good CPU is completely useless without memory. It’s got to have some place to store the data its working on. On that note, this phone is equipped with your choice of either 4 or 6GB of LP-DDR4 (Low Power – Double Data Rate, Version 4) RAM. That’s right, the memory technology (and capacities) used in this mid-range phone is the same as you would find on a modern desktop PC.

Powering all of the things mentioned above is a 4000 maH (Milliamp Hour) battery. It’s not the largest battery in the world, but the processor and memory used in this phone are ultra-efficient parts. You can expect all day battery life with this phone. It’s got this ‘glastic’ back cover that is more than plastic but definitely less than glass. The choice to use a special plastic instead of glass on the back of the phone has been a polarizing choice by Samsung to say the least. Some people love it, and some people hate it.

Those that are against it say that it makes the phone feel cheap compared to glass. Those in the pro-glastic corner, however, say that it looks and feels better than plastic, while being more durable than glass. So, both sides have valid points. In my opinion, I love it.

This phone is an excellent representation of good value. It overall feels like a premium device in the hand, and you can pick one up for just $273.99 on Amazon. At that price you get the A51 with 128GB of storage and 4GB of RAM. It’s top-end features, fantastic performance, long lasting battery, and stunning OLED display make the Samsung Galaxy A51 a great buy. Good job, Samsung. 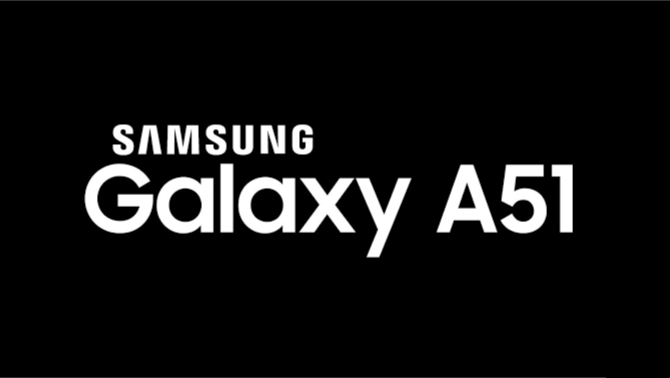