South-Korean technology giant Samsung has been on a roller-coaster ride of ups and downs ever since 2016. As can be recalled, the smartphone manufacturer underwent a lot of heat when their Galaxy Note 7 lineup started exploding. They were in great trouble, and the issue was carried out to such an extent that the firm was forced to eliminate the Note 7 lineup. The South Korean technology giant that year had the most significant fallout. The company naturally vowed to make a grand comeback and a grand comeback it was. The smartphone manufacturer ended up launching the Galaxy S8 and S8 Plus smartphones which were a great addition to their family. The device was home to some of the best features of that time, including the Infinity Display technology, dual camera systems and Bixby voice assistant button. 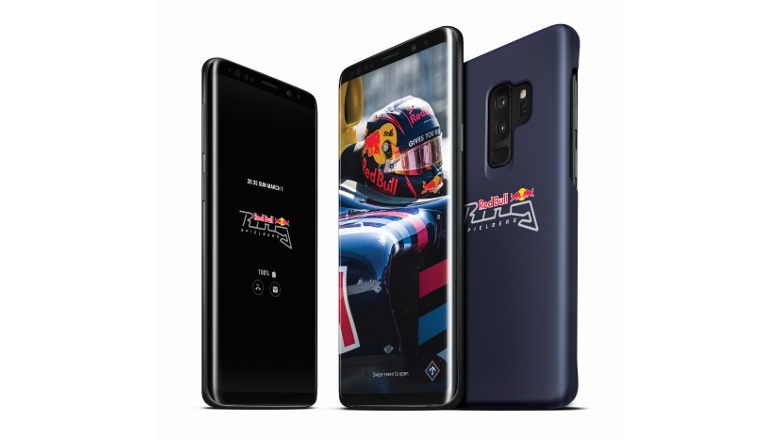 Following which, they took the wraps off Galaxy Note 8 smartphone, which an equally big hit. Samsung, since then, has been on a progress rampage while taking big daddies of the smartphone world including Apple and Google with ease. According to a new report, Vodafone Netherlands, as well as Samsung, have gone on to reveal a new limited ‘Red Bull Ring’ edition of its Galaxy S9 and S9 Plus smartphones. The device has reportedly been given the name, ‘Red Bull Ring’ for an extraordinary reason. The reason is that it carries the ‘Red Bull Ring’ Formula One racing track. The track is reportedly located in Austria. The smartphone is expected to be available exclusively in the Netherlands between April 16 and May 27. Honestly speaking, there is nothing new and special about the upcoming Samsung Galaxy S9 and S9 Plus smartphones that end up in the Red Bull Ring Edition.

The only difference between the original version and the new version is that the latter comes packed with a glossy black colour. The company has gone on to include a new twist to the next-generation smartphone. Apart from this, the smartphone is also home to a special Red Bull branded case. If users end up integrating the case with the next-generation Galaxy S9 and S9 Plus smartphones, it will end up changing the entire User Interface appearance as a whole. Users would also be able to view wallpapers with some of the most popular F1 drivers as well as cars that appear on one’s screen. Along with this option, one would also gain access to their respective displays along with new animations, app icons as well as more modern colour schemes. One would also be able to remove the case without having to switch the theme back to the default settings.

According to newer rumours, the South Korean technology giant Samsung showcases an intention of launching as well as selling NFC-connected theme-changing covers. The company also plans on adding a whole new ‘Red Bull Ring’ edition case, which might come into effect as soon as it is out. Users might even be able to create as well as customise their smartphone covers through Samsung’s Store, according to new speculation.

The next-generation Red Bull Ring limited edition of the Samsung Galaxy S9 and S9 Plus smartphones will go on to be available at numerous Vodafone Netherlands websites – online as well as offline. “If you purchase the Galaxy S9 / S9+ limited edition alongside a subscription plan, you’ll get two tickets for the upcoming Formula One race on the Red Bull Ring racing track in Austria,” notes an online report. The South Korean technology giant has not yet provided any official comment regarding the subject as yet. 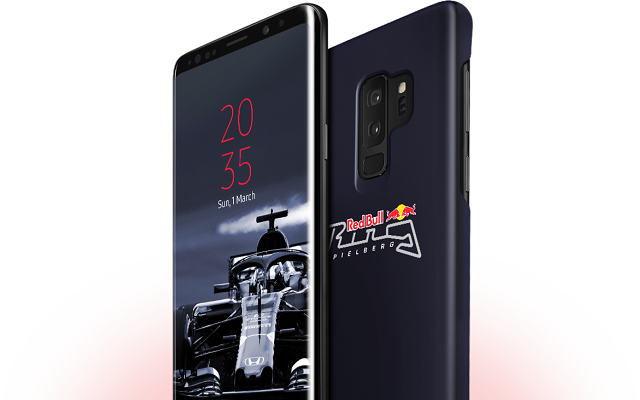