Samsung is highly known for its smartphones in the phone market all over the world. Samsung has delivered some great smartphones lately. The company takes care of every class as they make affordable phones and high range phones too. Samsung recently launched its M series in the Indian market and surprisingly the series took a boom in very less time. Samsung is putting the new segment of their smartphone on sale today and it is the most awaited variant in the market. Samsung is coming up with Galaxy M40 and it is going to be the second sale of the product since launch.

The price range of the cell phone is starting from Rs. 19,990 and Galaxy M40 is loaded with 6GB RAM with 128GB internal storage. The sale is scheduled in the noon at 12 pm and the sale will be live Amazon India and Samsung Online Store. Galaxy M40 is available in two colour variants which are Midnight Blue and Seawater Blue gradient. The official launch of the Galaxy M40 was a week ago. Samsung is also giving some benefits along with the Galaxy M40 which includes the double data benefits from Reliance Jio worth Rs. 198 and Rs. 299 prepaid plans.

The company is also giving benefits of cashback worth Rs. 3,750 on a recharge of Rs, 255 for Vodafone and Idea subscribers and those subscribers will also be getting data per day for up to 18 months. Airtel is also offering 100 per cent additional data for a period of 10 months on the Rs. 249 recharge. The phone is compatible up to two Nano SIMs and the phone runs on Android 9 Pie with One UI on top and a sporty touch on the screen with the size of 6.3-inch full-HD+ Infinity-O display.  Samsung Galaxy M40 is powered by an octa-core Qualcomm Snapdragon 675 SoC, paired with Adreno 612 GPU and 6GB of RAM. 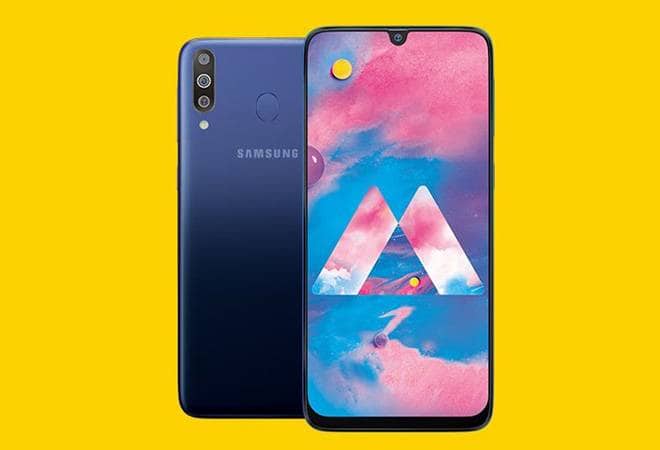