Radar astronomy shows that Asteroid 1998 QE2 has a moon.

The surface of 1998 QE2 is covered with a sooty substance, suggesting that it might have previously been a comet that experienced a close encounter with the Sun. However, the Tisserand parameter with respect to Jupiter (TJ=3.2) does not make it obvious whether 1998 QE2 was ever a comet. The asteroid is optically dark with an albedo of 0.06 (meaning it absorbs 94% of light that hits it). As an Amor asteroid, the orbit of 1998 QE2 is entirely beyond Earth’s orbit. The Earth minimum orbit intersection distance (E-MOID) with the orbit of the asteroid is 0.035 AU (5,200,000 km; 3,300,000 mi). The asteroid has an orbital period of 3.77 years.

Goldstone radar observations on May 29, 2013 discovered that 1998 QE2 is orbited by a minor-planet moon roughly 600 meters (2,000 ft) in diameter. In radar images, the satellite appears brighter than 1998 QE2 because it is rotating significantly more slowly, which compresses the radar return of the satellite along the Doppler axis. This makes the satellite appear narrow and bright compared to 1998 QE2. Once the satellite’s orbit is well determined, astronomers and astrophysicists will be able to determine the mass and density of 1998 QE2.

The Goldstone Deep Space Communications Complex (GDSCC), commonly called the Goldstone Observatory, is located in the U.S. state of California’s Mojave Desert. Operated for the Jet Propulsion Laboratory, its main purpose is to track and communicate with space missions. It is named after Goldstone, California, a nearby gold-mining ghost town…

Goldstone antennas have also been used as sensitive radio telescopes for such scientific investigations as mapping quasars and other celestial radio sources; radar mapping planets, the Moon, comets and asteroids; spotting comets and asteroids with the potential to strike Earth; and the search for ultra-high energy neutrino interactions in the moon by using large-aperture radio antennas…

The observatory’s 1,000 ft (305 m) radio telescope is the world’s largest single-aperture telescope. It is used in three major areas of research: radio astronomy, aeronomy, and radar astronomy observations of the larger objects of the Solar System. Scientists who want to use the telescope submit proposals that are evaluated by an independent scientific board… 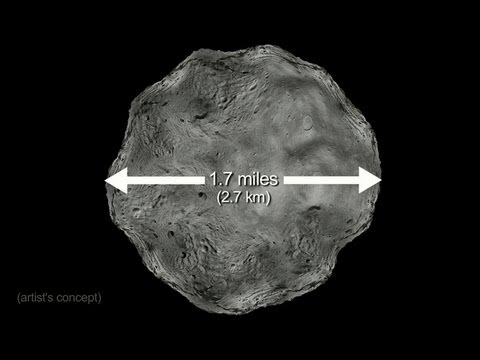