Smartphones are the leading head of all the individual’s life varying from different models to different features. From the past many years, you must have been noticed that every person now need a smartphone for fulfilling his needs, because smartphone helps in everything(it just act like a robot friend). From the last two years, all the smartphone companies are focusing on making a great smartphone which would have a lot of features so that every person could be attracted towards it. Let’s repeat the things which are most important for a person’s daily needs, the smartphone gives a person a great camera opportunity which gives great moments and captures memories, other things such as, good battery, screen and display revolution, internal storage as well as RAM options but with these great features one thing which is very important is the processor on which the smartphone is running on, which is basically by the Qualcomm. Qualcomm is the most leading smartphone processor which is running almost in 90% of the Android smartphones.

Samsung recently launched a new smartphone which has the Qualcomm’s latest processor which will help them to give the user great and fast speed and working. You all must have got an update about the last processor which was being out was the Qualcomm Snapdragon 845 processor. This processor generally promises to give the best experience till date. Therefore with all this, the Qualcomm announces one more interesting news for the users who just need the speed in their smartphones. They have announced that by the next year new processor the Snapdragon 855 will be launched which directly means that all the new smartphone which will be out in the mid of 2019 will surely have the new processor, yes the Snapdragon 855. 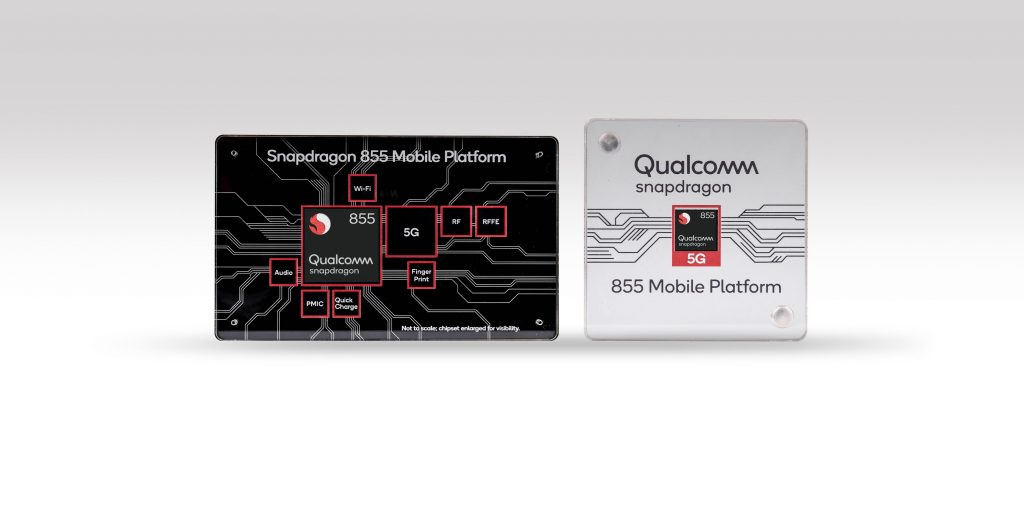 Qualcomm has made it clear that all the smartphones(Android) will always have the Qualcomm processor, with this it also made it clear that it is the only brand and doesn’t have any competition in the market. Let’s also have some accurate stats about the new processor, basically, the new processor is better in many ways than the old processor( Snapdragon 845), it promises to give 45-per cent faster CPU, a 20-per cent faster GPU, and a platform that will usher in the era of 5G connectivity.

The new Snapdragon 855 processor is actually better than the old processor in many ways such as the Qualcomm itself reported this that new processor has the smaller transistor, as earlier it was built on 10nm semiconductor but now its have with the 7nm processor. As you must be aware of some of the units, then you must be known that the new processor also have the benefits that smaller chips take lower power consumption and smaller chips, not only this the 7nm node puts the Snapdragon 855 on par with Apple, which shipped the 7nm A12 Bionic SoC in the iPhone XS earlier this year.

One more thing which you might be loosing that the Snapdragon 845 is also one of the most interesting processor units because it also holds four 2.7Ghz Cortex A75-based cores and four 1.8GHz Cortex A55-based cores. Basically, it’s all about the technology which has been used in this, the CPU has been split into two parts, one the bugger and other the lower part where four bigger, more power-hungry cores handled heavier processing duties like foreground apps (the A75 cores) and four slower, lower-power cores handled background tasks and idle processing (the A55 cores).

But as the results show, every new updated version has some of the updated technology, the new Snapdragon 855 will be having a 4+4 core layout, this is the most needed technology which was needed. Such as the Snapdragon 845 was having “Kryo 385” in the same way the new Snapdragon 855 has “Kryo 485” and has also changed to four newer Cortex A76-based cores for the “big” cluster, with three cores clocked at 2.42GHz and one, clocked at 2.84GHz. Qualcomm is giving a lot of information with this and also said that this core is the “Prime core”. It’s all about that the smaller core cluster uses the same four 1.8GHz Cortex A55-based cores as the older chip.

Many more stats are also mentioned by the Qualcomm that earlier the Snapdragon 845 was having 630 Adreno but now the new Snapdragon 855(most latest) have the 640 Adreno GPU. It is a bit obvious that when a new smartphone comes with an updated feature that means it will have great updates, in this the processor will give 20-per cent faster speed and come with Vulkan 1.1 support, Qualcomm didn’t say a lot about the GPU. Also, the company officials said that this new thing has a “sustained system performance”. You might not be knowing that what GPU is for. therefore it I basically for the making gaming apps more fast and reliable, this is the improvement which gamers will feel to have.

Not only the above features upgrade but new Snapdragon 855 is having many such great upgrades and also made the DSP to the more generic processor and one more interesting thing is that it contains the “AI Platform”.

Integration with 5G extra chips.
As it was said above that the Qualcomm is the only company which is integrated with many of the brands this is why Qualcomm has its worth in the market, also it is famous because it adds many components in a single chip such as CPU, GPU and Modem.
Basically, it’s about the chip units, if there is only one chip that will surely have a better battery life as well as take a less space than the earlier chips and will also give a bigger RAM option.

Like 2 months ago reports have been legally passed that, most of the smartphone company will be enabling 5G connectivity wave by the next year, 2019. Also, at the same time, Qualcomm also said that our new processor, the Snapdragon 855 will be the ” world’s first commercial mobile platform supporting multi-gigabit 5G.”
There is a huge difference in having the 5G integration and supporting 5G network, therefore it said that if a user wants to have a perfect 5G integration, then a new chip would be required for them.
Therefore now you might be having a great smartphone in the next year with great speed and fast processor, welcome to Snapdragon 855. 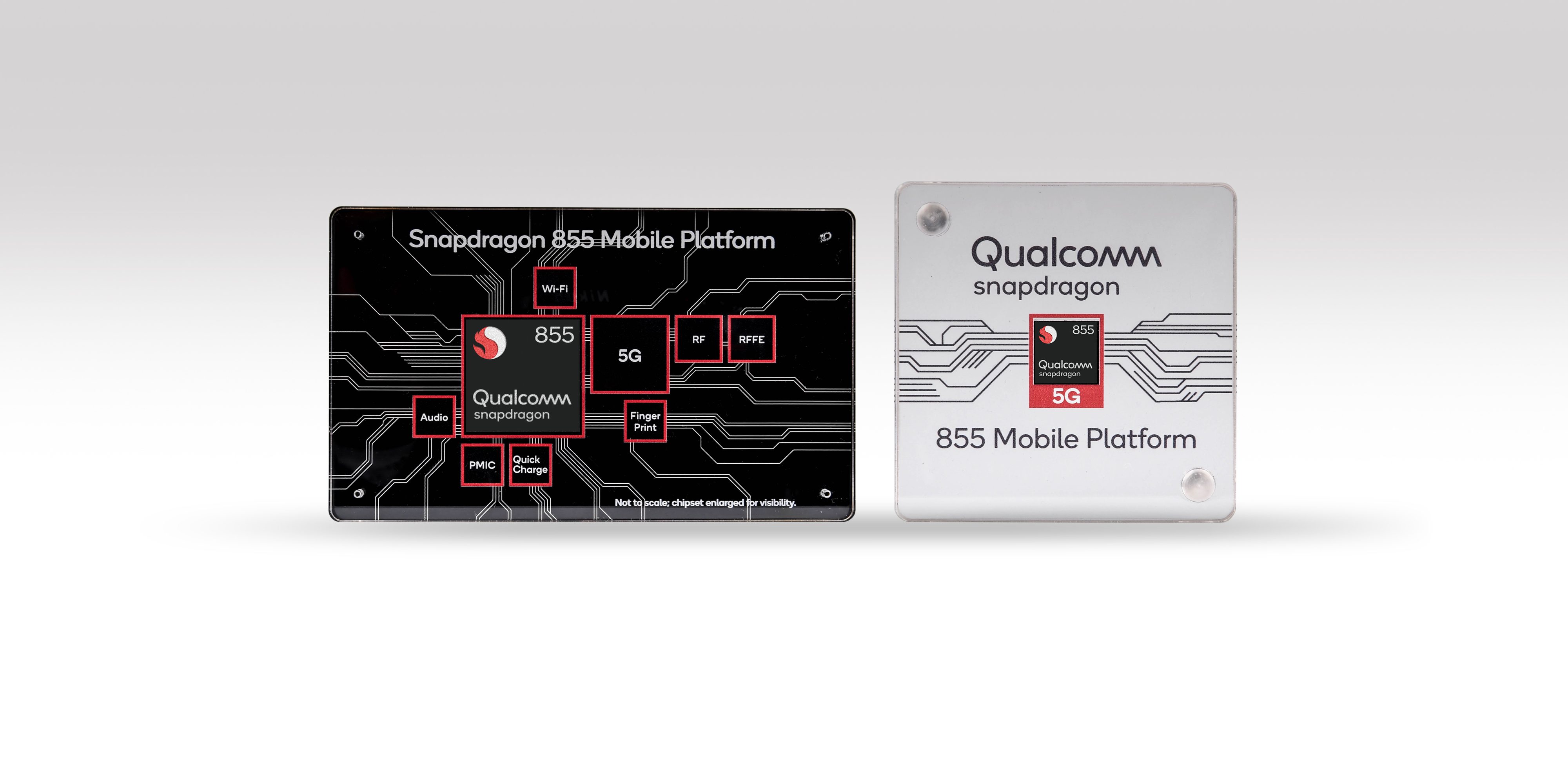