The top three manufacturers of video game consoles Nintendo, Microsoft and Sony have made this thing mandatory for all the publishers of the games to share with the gamers all the odds of receiving all kinds of in-game items from the loot boxes in all the future games that have the option of loot boxes. 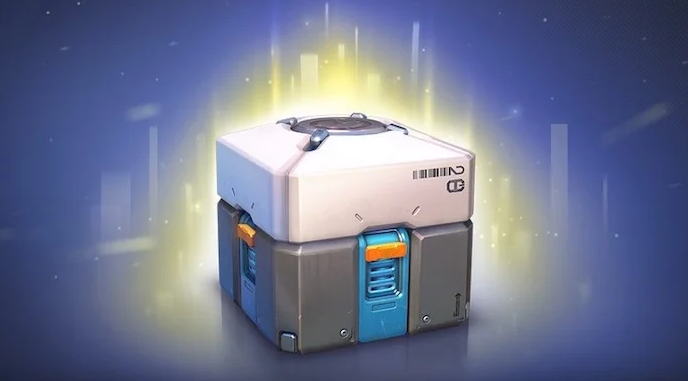 For the information of all those who are new to the world of gaming. I would like to share with you that loot box is a virtual item that is consumable and the players who want to win the topmost levels of the games actually buy the loot boxes, these boxes can be redeemed for other virtual products that the players need in their gaming like the weapons in action games.

WHEN WILL IT BE IMPLEMENTED?

The Entertainment Software Association group of the video game industry made the announcement of this latest change in the policy about the loot box on Wednesday during a loot box workshop held at the Federal Trade Commission. Not just the big names among the video game console makers but even the smaller ones have also announced a reduction in the rates of the Loot box. The smaller game console manufacturers have committed to do it by the end of the year 2020.

The exact date of the implementation of this disclosure is still to be decided but the companies have committed to implement it by the end of 2020.

WHICH GAMES MANUFACTURERS AND PUBLISHERS NEED TO DISCLOSE?

These include Bandai Namco, Bethesda, Activision Blizzard, Bungie, Two-Take Interactive, EA, Wizard of the Coast, Warner Bros. and Ubisoft. According to the Entertainment Software Association, the other game publishers are also thinking about disclosing all the odds of receiving the types of in-game items. The disclosure has been made mandatory for the new game console manufacturers for the publishing of a game on Xbox, Nintendo Switch and PlayStation. Other Platforms including the PC do not have to disclose it.

One of the symbols of their industry is that they not only create entertainment value for their players, but they also listen to them.

“VIDEO GAMES SPARK CAMARADERIE AND BUILD COMMUNITIES THAT WE ALL ENJOY.”

According to the announcement of the ESA, video games are a good source of developing camaraderie and grow communities that we enjoy to belong to. The association further said that it will keep displaying its innovation. It will keep working in collaboration so that every member of the gamer’s community can enjoy the video games and it proves to be a good experience for them.

THE STANCE OF THE BIGGEST GAME CONSOLE MAKERS ABOUT THE DISCLOSURE

The spokesperson from Microsoft told ‘The Verge’ that they believe in honesty and transparency with all their customers and providing them information for making their purchase decisions. He said that is why by 2020 all-new apps or games offering ‘loot boxes’ on Microsoft platforms must reveal the odds of receiving each item to customers, prior to purchase.

When the third biggest manufacturer of game consoles Sony was approached about its stance regarding the disclosure it told The Verge that it supports industry efforts to disclose the likelihood of getting randomized virtual things, known as Loot boxes, and is committed to providing consumers with this information for all games it produces and publishes.

At the time when Nintendo was asked about its opinion about the disclosure of all odds that a gamer gets with the virtual products that he purchases in the form of the loot box. Nintendo told The Verge that it will be taking measures to increase the transparency in the loot box and tell the gamers about the odds that they get with it before they make a purchase. The Nintendo Spokesperson said that their aim at Nintendo is to ensure that their customers can make choices knowing about the odds that come with the purchase of loot box when they play Nintendo games is very important.

ABOUT GAMING RULES AND REGULATIONS

For almost a year the lawmakers have been discussing the issue of loot boxes and how the children become their easy target. Senator Maggie Hassan ( D-NH) in the fall last year formally wrote to the FTC about her concerns and asked the agency to further investigate the matter and see if new rules and regulations need to be made to protect the young gamers against this misleading practice.

Senator Josh Hawley (R-MO) came up with the Protecting Children From Abusive Games Act In May that would ban the sale of virtual items like loot boxes to the children who are still below 18 and are not adults.

All the game manufacturers and publishers have reached an agreement about disclosure of the negative points about the Loot Box articles before the gamer buys it we can save the gamers from being cheated.