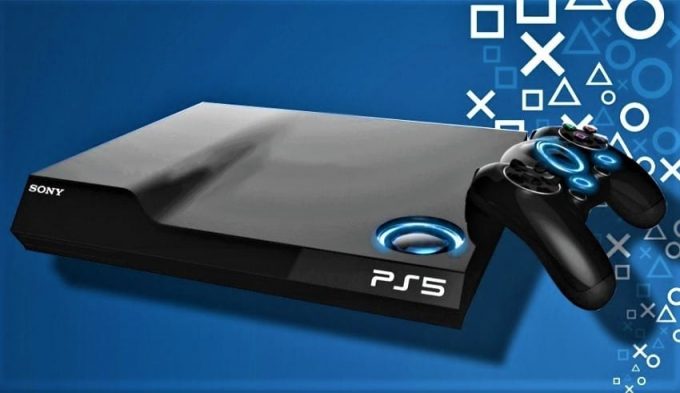 Sony’s 4th generation production PS4 was a great consolation to its purposes and rumors for its successor started digging its way in its aspirant with having new resolutions and expectations from the upcoming one which would be PS5- PlayStation 5. To some extent, it was also a general talk that we might be having series of PS4 with only slight changes to its technical point of views but its Sony which confirmed it officially that they are working on the next upcoming PlayStation gaming console.

Processor and Chipset of PlayStation 5 Ps 5

It is revealed that PS5 CPU and GPU would be AMD chips that will surely support 3D audios, 8k tracing as well as ray tracing.

It is official that the PS5 would be upgraded and the PS4 would be a minor in respect to it but still there are rumors that PS5 would be having less power than the recently available graphic cards of high-end PC. PS5’s APU will run at processor of 2GHz. Its speed will be more than in respect to the PS4 Pro. It will surely outsmart the Nvidia RTX 2070 Super. But by power, it would not be as powerful as the Nvidia RTX 2080 line is.

Its bandwidths would be higher the values available in the current PC systems and their would-be solid-state drive instead of hard disk drive.  Its speed would be too high in respect to the PlayStation4/PS4 and the PlayStation 4 Pro which is probably of the SSD drive which increases the speed. There are also rumors going around that it would also be more powerful than the Xbox’s Project Scarlett but this cannot confirm as it is not officially confirmed by the producing authorities.

The PlayStation 5 would be having some additional features where it will also be supporting the Blu-ray discs, game streaming as well as digital downloads.

There is another compatibility confirmed by Sony that it would be having backward compatibility with the PS 4 and PS VR games as well.  There is another information shared by BBC is that it will not include any of the previous generations of PS3, PS2 and PS1. The upgradation of backward compatibility is declared by Sony that they planned this to upgrade the previous generation players to the next generation where it is the upcoming PS5 which is a huge break point for the PS4 players to enjoy the upcoming generation with the same one. PS5 will surely support the current headsets but this is not still any kind of confirmation about the PS VR2 potential. But it really provides the information that the previous systems can be sold cause earlier described that the upcoming system will have nothing to do with the previous ones except the PS4.

There is maximum possibility that the PS5 would out in November 2020 with a possible price rate of $499 which would $100 more than that of PS4 and PS4 Pro at their launches.

When Play Station 5 will launch?

There are rumors that there may be revealing of PS5 at a special PlayStation Meeting which may probably be taking place in February 2020. So, here’s the confirmation for one piece is that Sony’s next generation console is not coming in 2019. But by speculations around, it would not be wrong to say that it may come out in 2021 but its for surely that its not coming in early half of the 2020 which ironically also demonstrated by rumors.

It is like an ensured that it may be the last traditional consoling system in the game streaming services from Sony for this PlayStation generations. Ubisoft CEO Yves Guillemot during speaking to Variety told that there would be one more console generation before the industry absolutely on a complete basis shift it as a whole to the Streaming only models.  Yves Guillemot more added that over the period of time it would be available to more of the players but it would be the net neutrality and the data caps in place at a maximum of the net providers.

The market for the traditional console users is still pretty much strong. Speculations for the upcoming PS5 generation are giving a wave of something great with upgradation of the previous ones is coming. Expect the best but also ready for the different in taste to the previous ones for sure.