Sony is issuing the first major software update to the PlayStation 5 since the launch of the next generation gaming console. And the update is some good news if you are one of the many PS5 gamers that are running out of space on the console’s built-in SSD.

Starting April 14th, a new update will go into effect that includes many new features, one of which is the ability to store PS5 games on USB drives. You cannot, unfortunately, can’t play them on the USB drive like you could with the PS4, but it will be a faster reinstall vs having to download them again.

We still aren’t sure when the PS5’s highly-anticipated M.2 SSD storage expansion is going to be available.

Also with the update, its easier to play cross-generation games with your PS4-owning friends. They can watch you on your PS5 screen and even try a game.

Other upgrades include Game Base, which is a quick way to switch between Friends and Parties. You are able to disable notifications for each party you’re in if you would like. The ability to quickly disable game chat or lower the volume for individual players is another new feature. Also, game updates can now pre-download, so that will save you some time when you go to install them. You also gain the ability to hide games in your library and search for specific games.

The PlayStation App will be getting an update in a few weeks. The update is going to let you join multiplayer PS5 sessions, compare trophies and filter PlayStation Store titles. 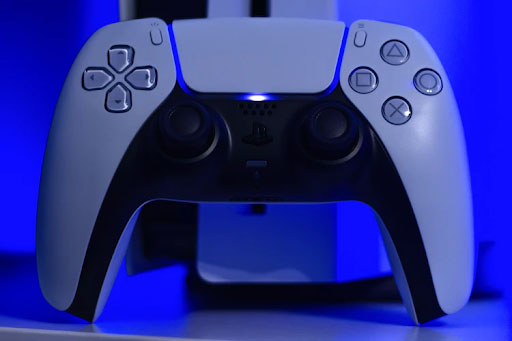