Photoshop’s iPad version just saw an improvement regarding one of the most significant benefits of using the popular photo editor on a tablet. A new update sees Photoshop for iPad include supports custom pen sensitivity. Photoshop also gained a new tool called ‘curves.’

The new pressure sensitivity options allow you to customize the way the Apple Pencil responds. This change was made in direct response to feedback from the early versions of Photoshop for the iPad. There is a slider that lets you decrease or increase the amount of pressure needed to make strokes.

Using a touchscreen is one of the benefits of working with Photoshop on a tablet. Things like healing, cloning, and using the brush tool are much easier to do with a pressure-sensitive Apple pen.

The new Curves feature includes exposure, contrast, highlights, and saturation. It also features shadows and color balance. Curves can now be accessed as part of an adjustment layer. This means those changes are nondestructive and can be changed later, regardless of how many edits you’ve made. Photoshop for iPad was something we were really looking forward to but launched with a very limited selection of tools from the desktop variant.

Adobe has mentioned that their goal is to bring the same list of options into the tablet version, while taking ad advantage of a touchscreen interface. Curves is definitely a step in that direction. The app still has a long way to go if it wants to include the same level of features as the desktop version, however. Adobe also updated their Fresco drawing app with several new tools, including a vector trim tool, an eyedropper, and more.

Is Photoshop on iPad Free? 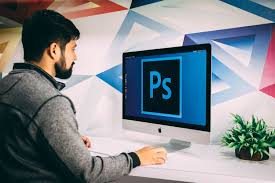